Home
Stocks
: Re-impeach? 25th Amendment? Various ideas floated to get rid of Trump
Prev Article Next Article
This post was originally published on this site 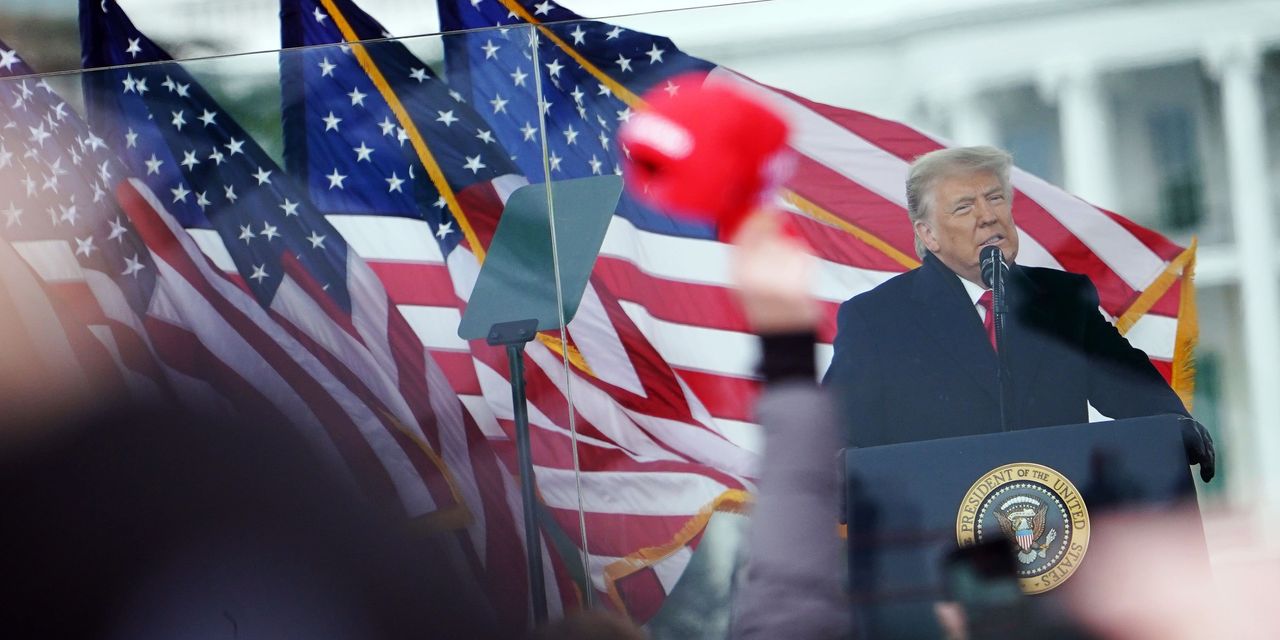 A growing constellation of lawmakers, officials and even trade groups want to see President Donald Trump removed from office after the U.S,. Capitol was temporarily taken over by his supporters Wednesday. The only question was the method of the 45th president’s exit.

Some lawmakers and governors said Trump, impeached but not convicted once already, should be impeached again before serving out the remaining 14 days of his term.

Others have sought for Vice President Mike Pence and the White House cabinet to invoke for the first time the 25th Amendment of the U.S. Constitution, meant to remove a president when he’s not longer able to do his job.

“Donald Trump is a danger to our democracy. I continue to support his impeachment and removal from office, and am looking carefully at new articles of impeachment being drafted and offered by my colleagues,” said Rep. Donald Beyer, a Virginia Democrat, late Wednesday.

Beyer also voice support for using the 25th Amendment as a faster method of removal.

Rep. Alexandria Ocasio-Cortez, a high-profile New York Democrat in her second term, made her feelings known by a one-word Tweet: “Impeach.”

Democrats weren’t the only ones seeking Trump’s impeachment. Phil Scott, the Republican governor of Vermont, tweeted: “Enough is enough. President Trump should resign or be removed from office by his Cabinet, or by the Congress.”

The Washington Post’s editorial board took a similarly blunt tone, though it favored the 25th Amendment.

“The president is unfit to remain in office for the next 14 days. Every second he retains the vast powers of the presidency is a threat to public order and national security,” the newspaper’s editorial board wrote.

It called on Pence to gather the cabinet to invoke the 25th Amendment and for him to serve out the remainder of Trump’s term.

The New York Times’ editorial board also joined the chorus, saying in an editorial: “The president needs to be held accountable — through impeachment proceedings or criminal prosecution — and the same goes for his supporters who carried out the violence.”

Even some Washington lobbying groups and trade unions, usually shy about being seen as taking a partisan positions in public, embraced Trump’s removal.

“Vice President Pence, who was evacuated from the Capitol, should seriously consider working with the Cabinet to invoke the 25th Amendment to preserve democracy,” the National Association of Manufacturers, one of Washington’s powerhouse lobbying groups, said in a statement.

The North America’s Building Trades Unions, which represents construction trade craftsmen like electrical and steel workers, called for Trump to resign or be removed by the cabinet invoking the 25th Amendment .

“Any less action by the Cabinet, and America should consider them all co-conspirators,” the group’s president, Sean McGarvey, said in a statement.

As of Wednesday evening, congressional leadership had not addressed the calls publicly, instead focusing on finishing the official counting of Electoral College votes that will make Joe Biden the nation’s 46th president.

Pence re-opened the disrupted the Senate session and said, “the violence was quelled, the Capitol is secured and the people’s work continues.”

“To those who wreaked havoc in our capitol today, you did not win. Violence never wins. Freedom wins,” he said.

Former presidents also weighed in through public statements to condemn the attack, though none called for Trump’s removal.

Former President Barack Obama said GOP leaders faced a choice: “They can continue down this road and keep stoking the raging fires. Or they choose reality and take the first steps toward extinguishing the flames. They can choose America.”

Former President George W. Bush said he and his wife watched scene “in disbelief and dismay.”

“It is a sickening and heartbreaking sight. This is how election results are disputed in a banana republic — not our democratic republic,” he said.

“The match was lit by Donald Trump and his most ardent enablers, including many in Congress, to overturn the results of an election he lost,” he said.