Home
Stocks
The Wall Street Journal: Life on Twitter will be very different for Trump as former president
Prev Article Next Article
This post was originally published on this site 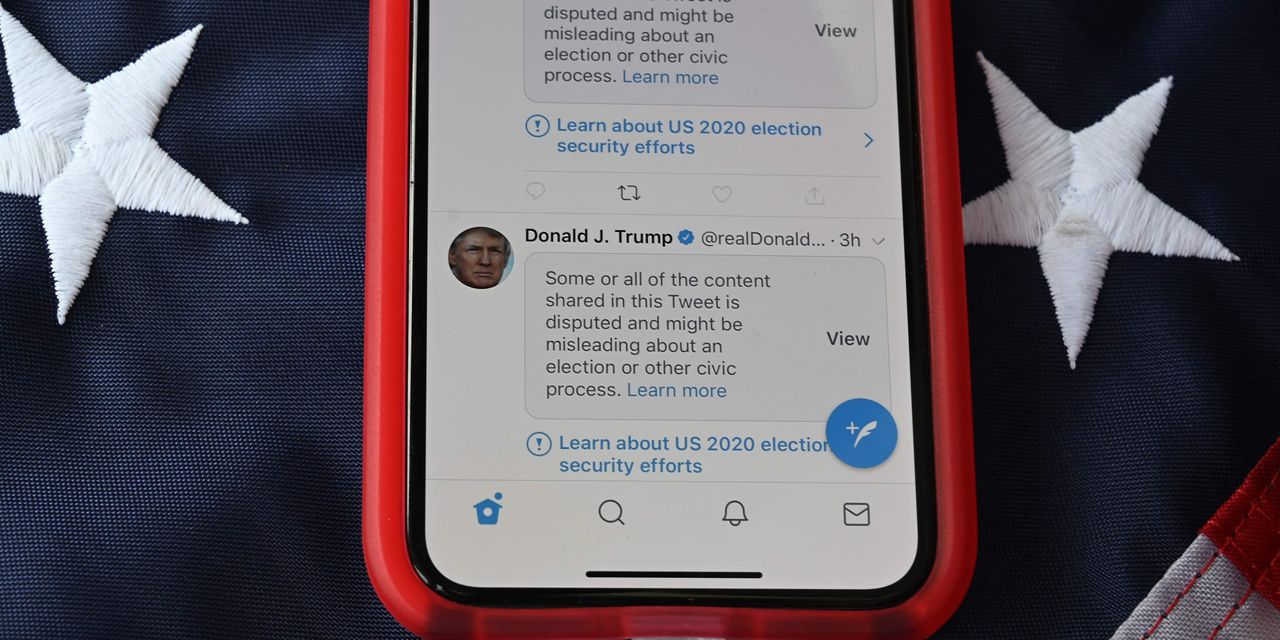 President Trump has used his Twitter account as a megaphone during his administration. When he leaves office, he will need to abide by a different set of rules.

Trump is currently able to tweet with less risk, compared with private citizens, of having tweets taken down or his account suspended. Trump’s Twitter account, which has more than 88 million followers, will no longer receive special privileges when he becomes a private citizen, Twitter spokesman Nick Pacilio said.

The loss of privileges reserved for world leaders and public officials would mean that if Trump violates the site’s rules, those tweets would be taken down rather than labeled in the future, Pacilio said. Trump’s tweets have been labeled by the company repeatedly both before and since the election, often with a warning that “this claim about election fraud is disputed.”

Twitter could face a politically delicate decision on how far to go if Trump does violate the rules after he leaves office. The company has yet to decide how it would treat any future policy violations by Trump and plans to examine his account on a case-by-case basis, a person familiar with the matter said.

Twitter created several policies over the past year to address misinformation on its platform, and they may need to continue evolving, said Peter Greenberger, a former executive at Twitter TWTR, +0.44% and Alphabet Inc.’s Google GOOGL, -1.00% GOOG, -1.02% focusing on politics. “I expect Twitter will still see the newsworthiness of his tweets and allow him to continue to push the envelope,” he said of Trump and his possible 2024 rerun for the White House.