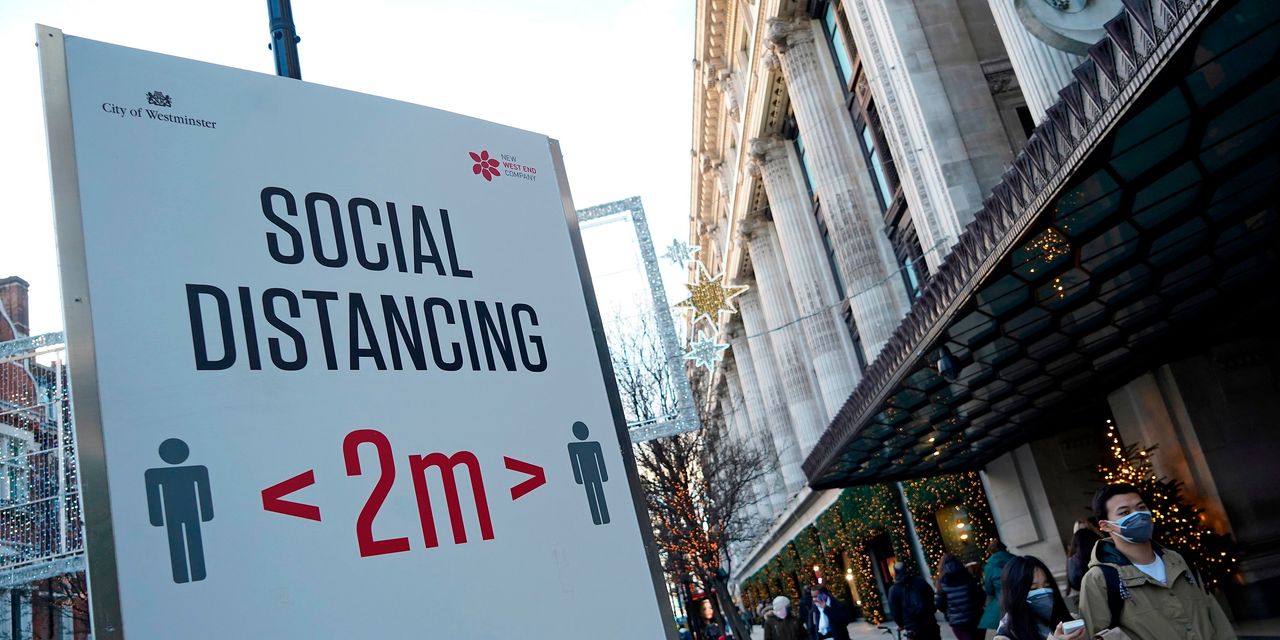 European stocks recovered some ground early on Tuesday despite concerns over the spread of a new strain of COVID-19.

The continent’s major indexes suffered heavy losses on Monday as investors digested the discovery of a coronavirus variant in the U.K., which Prime Minister Boris Johnson said could be 70% more transmittable. More than 40 countries have now banned U.K. arrivals, while several countries, including Italy and Australia have also detected the new strain, further spooking the markets.

The U.K.’s FTSE 100 UKX, -0.02% nudged 0.4% higher but missed out on the stronger gains of its European counterparts amid fears of another national lockdown in the new year and news that public sector borrowing has hit a record high.

“As usual, markets overshoot on the downside whenever there is trouble, which can be easily faded, and the lack of liquidity at this time of year can exaggerate moves in either direction,” Markets.com analyst Neil Wilson said.

Despite the market uptick, the picture across Europe failed to improve with more countries banning travel to the U.K. and working to identify cases of the new strain. France’s border with the U.K. remained closed to trade and travel as politicians continued discussions over a solution. More than 1,500 lorries were stuck in Kent waiting to leave the U.K., according to a BBC report.

The prospect of progress toward a Brexit trade deal after days of deadlock did offer some optimism, following reports the U.K. has made the EU an offer on fishing rights.