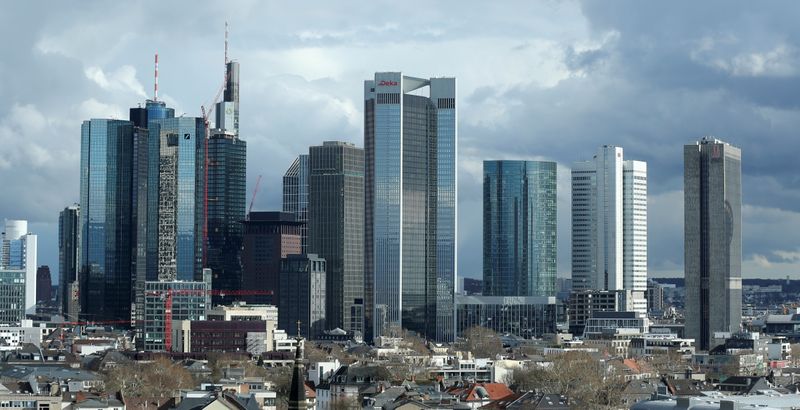 LONDON (Reuters) – Some of Europe’s tech companies are preparing to speed up listing plans early next year to grab some of the billions of dollars of investor cash that has already fuelled a record-breaking run of tech IPOs in the United States this year.

Tech sector valuations, already red hot prior to the COVID-19 pandemic, have hit eye-popping levels as investors bet that trends such as online shopping and food delivery will outlast the crisis.

The United States has attracted most of the listing action, with a record $81 billion of initial public offering (IPO) proceeds this year so far, based on Refinitiv data.

Shares in food delivery startup DoorDash Inc and home rental firm AirBnB surged between 70% and 115% on their first day of trading in New York last week.

In contrast, European IPOs have raised just $19 billion this year, the lowest in at least a decade, partly because there are more attractive alternatives on offer such as private equity deals.

But one equity capital markets banker said his team had around 50 mandates from companies across Europe to look into listings, more than 60% of which were tech or tech-related.

“There is a significant number of late stage private companies in the sector for whom an IPO is a realistic prospect in the short to medium term,” said Claire Keast-Butler, a partner with law firm Cooley.

In Germany, digital used-car trading platform Auto1 and online e-commerce About You are planning Frankfurt listings. In France, several “unicorns”, which have talked about listing in the past, may accelerate their plans.

Deliveroo, Darktrace, Trustpilot, Auto1 and About You declined to comment.

“After a sustained period of strong performance, musicMagpie is reviewing a number of attractive alternatives to best support our continuing rapid growth,” it said in a statement.

“As a high growth company we constantly evaluate our funding options, and regularly meet with advisers on this subject,” a Moonpig spokesperson said.

But Europe’s stock exchanges are not assured of bagging all the potential IPO candidates. Some may choose European exchanges for their market debut but others are considering listing in the United States, which has a more tech-savvier investor base and more relaxed listing rules.

Others may be snapped up by one of the 100-plus SPACs (special purpose acquisition companies) that have listed this year. These are shell companies that use the proceeds from going public to buy another company, not yet identified at time of listing.

Michiel Kotting, a partner at venture capital firm Northzone, which has stakes in many European tech firms, said that some European exchanges will still attract companies that have a regional appeal.

He cited Kahoot, a Norwegian educational gaming company listed on the Oslo exchange in which Northzone was an early investor, as an example of a company that listed locally but still attracted global institutional money.

“Of course, most companies in this sector will look at the SPAC option as well,” he added.

Companies aiming to list in London currently must have a minimum of 25% of shares available for trading, which makes it more difficult for owners to maintain control.

“A separate share class, or a lower free float requirement at IPO, will allow founding and early shareholders to retain upside exposure, but still allow access to a range of financing alternatives to help continue to fuel and accelerate that growth,” Uden said.

Other European exchanges such as Amsterdam have eased rules to allow the listing of dual-class shares, making London look slightly out of step with other jurisdictions, Keast-Butler said.