Home
Market
Dow Down on Weaker Economic Data, Slump in Health Care on Amazon Pharma Entry
Prev Article Next Article
This post was originally published on this sitehttps://i-invdn-com.akamaized.net/news/LYNXNPEB870T2_M.jpg 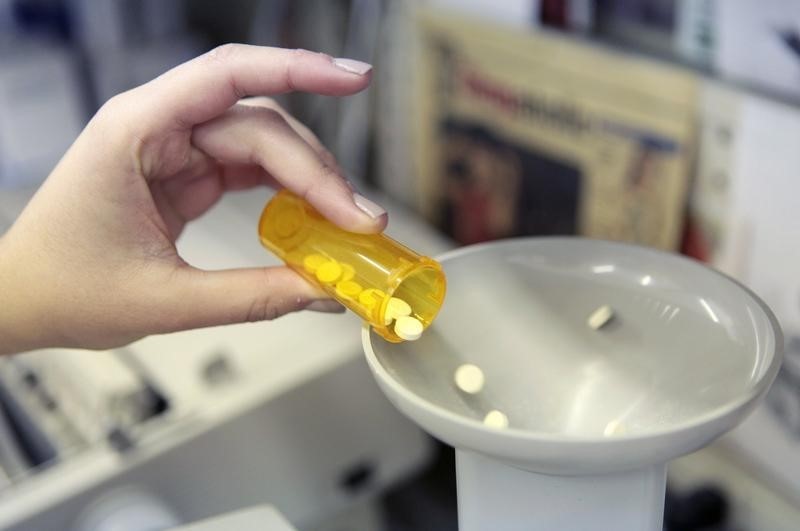 Investing.com – The Dow gave back some gains Tuesday, pressured by signs that strength in the U.S. consumer is beginning to wane, and a slump in pharma retailers following Amazon’s foray into the drug business.

The Commerce Department said Tuesday that retail sales rose 0.3% last month, missing economists’ forecast for a 0.5% rise. The retail sales control group – which has a larger impact on U.S. GDP –  climbed 0.1%, well short of expectations for a 0.5% increase.

The slowdown in retail followed a surprise jump in September, which Jefferies (NYSE:JEF) said represented the “last hurrah” for the consumer, forecasting further slowing ahead. “We expect downside momentum to continue through December … Most holiday shopping surveys point in the same direction.”

Against the backdrop of the sluggishness in the economy, Federal Reserve Chairman Jerome Powell said both monetary and fiscal stimulus would be needed to support the economic recovery, which still has a “long way to go.”

Beyond the economic jitters, a sea of red pharma stocks kept the broader market lower after Amazon confirmed its entry into the pharma business with the launch of Amazon Pharmacy. Under the service, U.S. customers would be able to order prescription medications directly from Amazon.

Shares of traditional pharmacies including Walgreens and CVS plunged more than 3%.

Cyclical stocks, which a day earlier had led the market to record highs, fell with materials and financials among the biggest decliners.

Financials were dragged lower by banks made a soft start to the session after Berkshire Hathaway (NYSE:BRKa) released data late-Monday showing it had trimmed positions in banks including JPMorgan Chase  (NYSE:JPM) and Wells Fargo (NYSE:WFC).

A wave of better-than-expected quarterly earnings, meanwhile, failed to firm up stocks.

Walmart (NYSE:WMT) was largely flat despite reporting earnings and revenue that topped consensus estimates, led by ongoing strength in its e-commerce business.

Home Depot (NYSE:HD)’s blowout earnings of $3.18 per share were largely shrugged off with investors seemingly concerned over whether the home-improvement retailer can sustain its level of performance.

Energy, meanwhile, surged on rising oil prices as a speedier end to the pandemic could shore up demand.

Tech played a role in the malaise as the Fab 5 traded mixed.

Apple (NASDAQ:AAPL), Amazon.com (NASDAQ:AMZN) and Alphabet (NASDAQ:GOOGL) were higher, while Facebook (NASDAQ:FB) and Microsoft  (NASDAQ:MSFT) traded below the flatline.

In other news, Tesla (NASDAQ:TSLA) surged 9% after receiving the regulatory nod to join the S&P 500 following four-straight quarters of growth. Inclusion on the index is expected to ramp-up demand for the electric automaker’s shares.