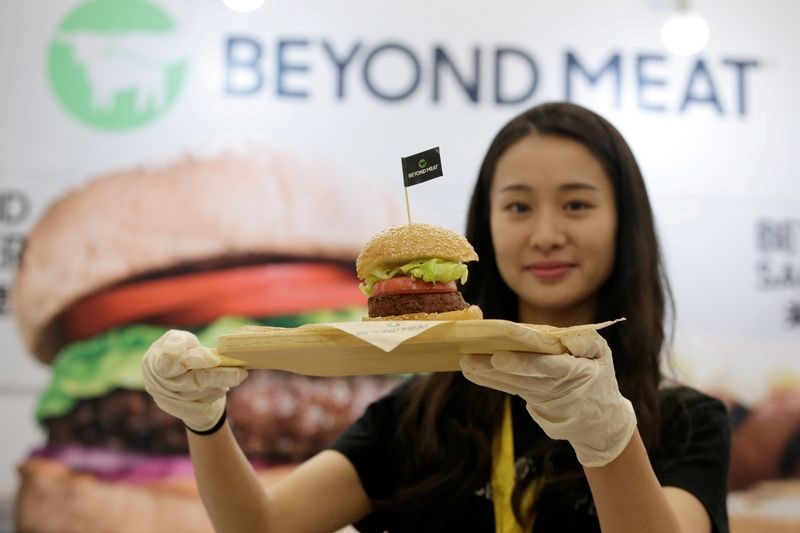 Investing.com —  Beyond Meat (NASDAQ:BYND) stumbled 25% in after-hours trading after reporting a big loss.

A third-quarter loss per share of 28 cents per share compared to the expected earnings per share of 5 cents on sales of $94.4 million, missing the estimated $132 million, according to analysts tracked by Investing.com.

Shares had already had a roller coaster of a day on news that McDonald’s (NYSE:MCD) was making a rival veggie burger, only for Beyond Meat to come out and say that it was a co-creator with the fast food chain on the McPlant patty.

The fast food chain said in its virtual investor day that the McPlant will be tested next year in select markets, USAToday reported. It neglected to mention any Beyond Meat involvement, which the market interpreted as meaning McDonald’s would now sell a rival veggie burger. Investors dumped shares of Beyond Meat, briefly halting the stock, which fell 8%.

A few hours later, Beyond Meat said it was actually involved in the development of the McPlant and was a co-creator along with the Golden Arches, Bloomberg reported. McDonald’s declined to comment. Shares of Beyond Meat turned higher after the news but closed down about 4%.

Last month, Beyond Meat hit a record, rallying more than 150% in 2020. The stock has jumped repeatedly this year as the company has announced new products, including plant-based meatballs and expansion in China. McDonald’s had tested a Beyond Meat patty in Canadian stores until April of this year.