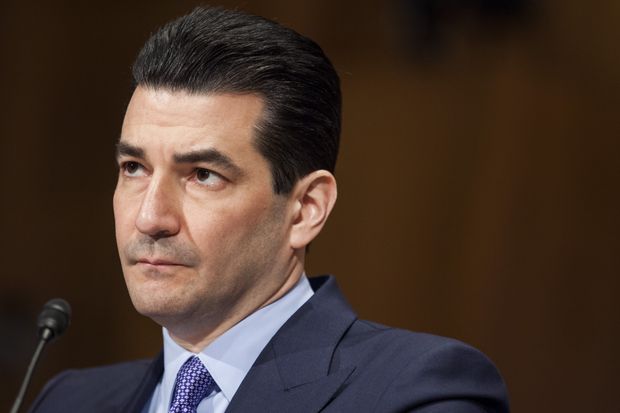 Former FDA commissioner Dr. Scott Gottlieb warned Sunday that Thanksgiving will be an “inflection point” for the coronavirus pandemic, and that things will only get worse in December.

Speaking Sunday on CBS News’s “Face the Nation,” Gottlieb, President Donald Trump’s former head of the Food and Drug Administration, said “things are getting worse around the country. I think Thanksgiving is really going to be an inflection point. I think December is probably going to be our toughest month.”

Gottlieb’s comments echoed those of Dr. Anthony Fauci, who told the Washington Post in a weekend interview that “we’re in for a whole lot of hurt” in the coming months. The White House quickly condemned Fauci for making those comments, claiming he was politicizing the pandemic.

“I think the facts are going to overtake any political dialogue very quickly,” Gottlieb told CBS News. “I think as we get into the next two or three weeks, it will be unmistakable what’s happening around the country, and we’re going to have to start taking tough steps.”

Gottlieb said he doesn’t expect another widespread lockdown to contain the spread of COVID-19, but instead urged a targeted approach, including wearing face masks and the passage of another aid package from Congress.

Gottlieb called Trump’s assertations “troubling,” and that doctors doing so would be committing fraud. “Unfortunately I think there [are] probably advisers telling him that,” he added.

New coronavirus cases, hospitalizations and deaths and have spiked in recent weeks, with a record 98,000 new cases confirmed Friday.

As of Sunday, the U.S. has had nearly 9.2 million coronavirus cases, with more than 230,000 deaths, according to data from Johns Hopkins University.