Home
Stocks
Mark Hulbert: The stock market is overvalued, according to almost every measure dating to 1950
Prev Article Next Article
This post was originally published on this site 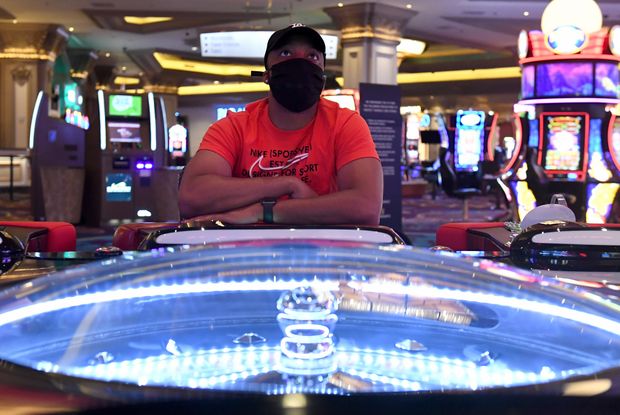 The stock market has been a gambler’s paradise this year. (Getty Images)

The stock market is hugely overvalued when judged against almost any historical standard.

That’s the conclusion that jumps out from the accompanying table, which reports the latest readings from eight stock market valuation indicators that have stood the test of time. The table also compares each indicator’s latest readings with those from a month ago, from the beginning of the year and relative to the past 20, 50 and 70 years.

I will be updating this table each month in this column, using the same methodology to calculate the values so you can be assured that apples will be compared only with apples.

The eight indicators that will be featured are:

This table shows how valuation ratios have increased this year, along with their percentiles rankings for three time periods in the three right-most columns. To see all of the data, scroll the table by clicking inside it and dragging back and forth.

To illustrate what the data in the table signify, take the P/E ratio in the top row. Its latest value is down slightly over the past month (to 33.4 from 33.9 ), but markedly higher than at the beginning of the year. The right-most three rows report where the latest P/E reading stands as a percentile of the historical distribution since 2000, 1970 and 1950. Notice that the current P/E is at the 88th percentile of all readings over the past 20 years, the 95th percentile since 1970 and 96th percentile since 1950.

Note that these indicators are relevant to the stock market’s longer-term prospects; they tell us little about the market’s near-term prospects. My favorite analogy for making this point comes from Ben Inker, head of asset allocation at Boston-based GMO. Likening the market to a leaf in a hurricane, he says “you have no idea where the leaf will be a minute or an hour from now. But eventually gravity will win out, and it will land on the ground.”

I’d be happy to include in the table any shorter-term indicators that have exhibited a statistically significant ability over the decades to forecasting the market’s near-term direction. If you know of any, I will be happy to consider adding them. Please email me any suggestions at the email address below.

Mark Hulbert is a regular contributor to MarketWatch. His Hulbert Ratings tracks investment newsletters that pay a flat fee to be audited. He can be reached at mark@hulbertratings.com.