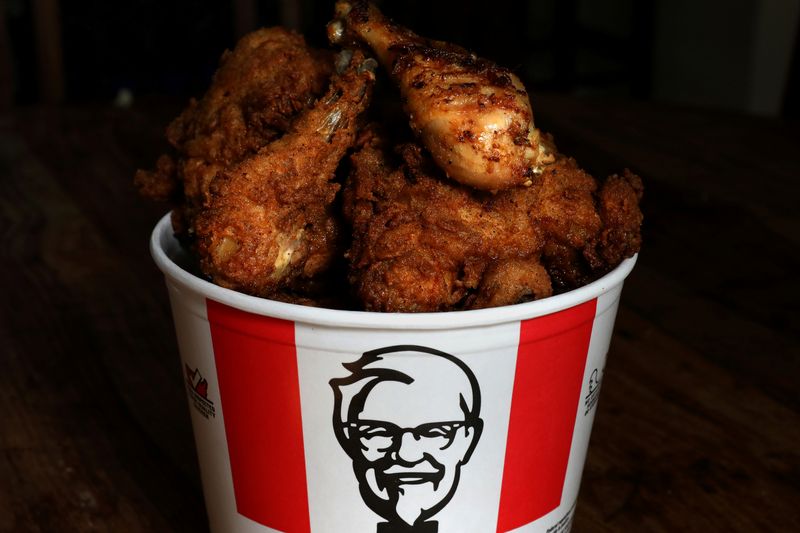 Fast-food chains, including Yum and rivals McDonalds (N:MCD) and Chipotle Mexican Grill (N:CMG), are benefiting from earlier investments in their online presence, as the pandemic led to a spike in online orders, especially when dining rooms were closed.

Comparable sales fell 2% for the KFC owner in the third quarter ended Sept. 30, but beat the average analyst estimate of a 3.74% slide, according to IBES data from Refinitiv.

Digital sales rose by more than $1 billion over the prior year and set a record of $4 billion for the quarter.

Yum said, comparable sales at Taco Bell grew 3%, well above the estimate of 1.75%. At KFC and Pizza Hut, however, they fell 4% and 3%, respectively.