Home
Market
Pfizer not yet ready to release COVID-19 vaccine data
Prev Article Next Article
This post was originally published on this sitehttps://i-invdn-com.akamaized.net/trkd-images/LYNXMPEG9Q0YF_L.jpg 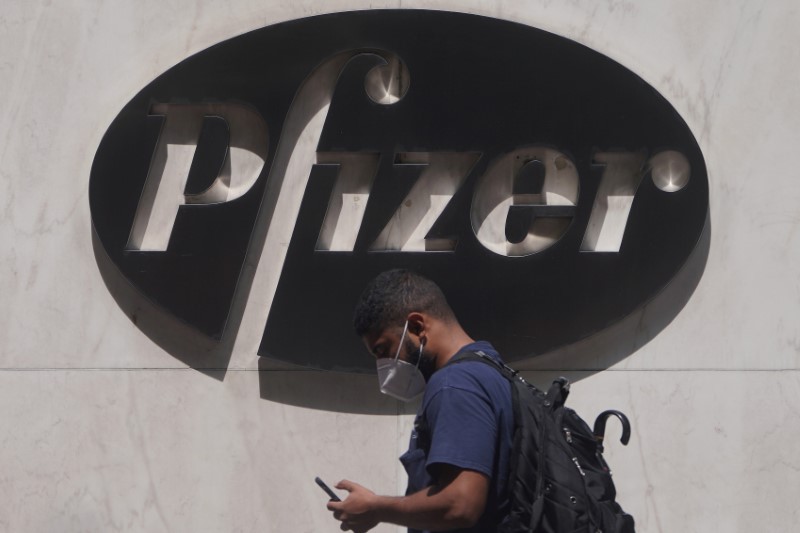 (Reuters) – Drugmaker Pfizer Inc (N:PFE) said on Tuesday it was not yet ready to release data from the late-stage trial of the COVID-19 vaccine candidate it is developing with Germany’s BioNTech SE (F:22UAy).

Pfizer said in a presentation that the independent monitor which will determine whether or not the trial has been successful has not conducted any interim efficacy analyses yet. Chief Executive Albert Bourla has previously said the company could release data on whether or not the vaccine works as early as this month.

Shares were flat at $37.93 before the opening bell.

U.S. President Donald Trump had said a vaccine could be available before the Nov. 3 election, but in recent weeks his administration has emphasized that one will be ready this year.

Pfizer hopes to be the first U.S. drugmaker to unveil successful data from a late-stage COVID-19 vaccine trial, ahead of rival Moderna Inc (O:MRNA). Pfizer and BioNTech launched their 44,000 volunteer phase 3 study of their vaccine candidate in late July.

The data monitoring board is scheduled to make its first assessment of the vaccine’s performance after 32 participants in the trial become infected with the novel coronavirus.

Healthcare investor Brad Loncar said it was difficult to draw a positive or negative conclusion from the fact that the trial has not yet had its first interim analysis.

“I think this means that the overall infection rate is a lot lower than Pfizer initially estimated,” Loncar said. “So the trial is just running a little slower than they thought.”

As the pandemic crimps demand for certain Pfizer therapies and damages global economies, investors are keenly focused on seeing the late-stage study data of the vaccine candidate being developed with BioNTech.

The company also said that if the trial is successful, it still expects to file for emergency authorization of the vaccine candidate from U.S. regulators shortly after it has enough safety data in late November. It expects to have manufacturing data ready to submit to those regulators before then.

Pfizer reported quarterly earnings that beat estimates by one cent, helped by better-than-expected sales of its cancer drug Ibrance. Overall sales fell 4.3% in the third quarter, hurt by a plunge in sales of its off-patent pain drug Lyrica and a $500 million hit to sales from the COVID-19 pandemic. Sales of cancer drug Ibrance grew 6% to $1.36 billion, beating analyst estimates of $1.39 billion, despite increased competition from Eli Lilly’s (N:LLY) Verzenio. Excluding items, Pfizer earned 72 cents per share, beating analysts estimates of 71 cents per share, according to IBES data from Refinitiv.