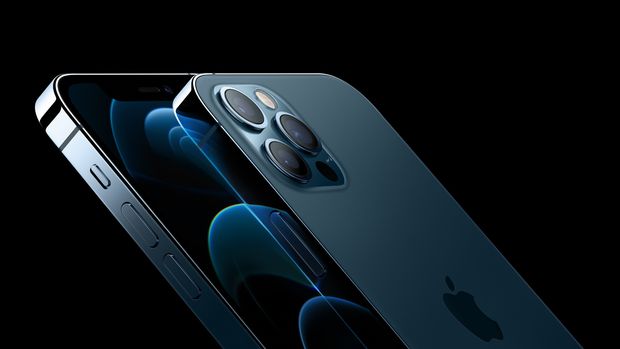 Investors will be digging through Apple’s earnings call for clues about how the new iPhone is performing, but they may be harder to come by this quarter.

The end of Apple Inc.’s fiscal year usually leads to a game of “How is the new iPhone doing,” but that gets a little harder in 2020.

Apple AAPL, -0.61% pushed back the launch of its 5G iPhone because of the COVID-19 pandemic, which means initial sales of the newest Apple smartphone will not be included in fiscal fourth-quarter earnings this year, which the company is expected to report on Thursday afternoon. Investors typically look to the holiday-season forecast for an idea of how many iPhones Apple expects to sell, but Apple hasn’t given formal guidance in the past two quarters, citing uncertainties from the coronavirus crisis, and Wedbush analyst Daniel Ives doubts the company will issue traditional guidance this time around either.

Instead, investors will likely have to rely on more qualitative clues from Apple executives.

“I believe this time around they will some directional guidance around iPhone 12 demand and the trajectory into the December quarter,” Ives told MarketWatch. “Given it’s a massive iPhone product cycle, I would be surprised if Cook did not give some color around demand expectations for the holiday quarter.”

Apple may have slightly fewer holiday hints than normal, since two of its new devices, the iPhone 12 mini and the iPhone 12 Pro Max, don’t even become open for preorders until Nov. 6. Preorders for the iPhone started Oct. 16 and the device became officially available Oct. 23.

Still, Apple’s management team may share thoughts on some of the trends that make this year’s launch unique, including heavy subsidies from wireless carriers that could give consumers extra incentive to trade up even though 5G, the main selling point of this new iPhone line, likely won’t offer much benefit to smartphone owners at the outset.

Read: The 5G iPhone is reigniting the subsidy wars, which is good for Apple and consumers but not mobile carriers

Here’s what to expect from Apple’s fiscal fourth-quarter results.

Revenue: Though Apple wasn’t able to sell any of its new iPhones in the September quarter, analysts aren’t projecting too much of a dip in the company’s overall fiscal fourth-quarter sales from last year. The FactSet consensus calls for $63.98 billion in sales, down from $64.04 billion a year prior. At Estimize, which crowdsources projections from hedge funds, academics, and others, the average estimate calls for $65.45 billion in sales.

Though analysts tracked by FactSet do model a sizable decline in iPhone revenue, calling for $28.8 billion compared with $33.36 billion a year ago, the company is expected to make up for it with solid growth elsewhere in the business. Analysts project $6.01 billion in iPad revenue and $7.79 billion in Mac revenue, up from $4.66 billion and $6.99 billion, respectively. Both categories are thought to still be benefiting from remote work and schooling trends, and Apple had a few days of availability of its newest entry-level iPad in the September quarter.

Analysts also project $7.28 billion in wearables, home and accessories revenue, up from $6.52 billion a year ago. The company’s new Series 6 Apple Watch launched in mid-September. Services revenue is expected to climb to $14.1 billion from $12.72 billion.

Apple is still expected to have eked out some annual revenue growth for the full fiscal year, which ended in September, despite COVID-19 challenges and the iPhone 12 launch delays. The FactSet consensus models $273.32 billion for fiscal 2020, up from $260.17 billion in fiscal 2019.

Earnings: Analysts tracked by FactSet call for 71 cents in earnings per share for the September quarter, down from 76 cents a share last year. Estimize contributors project 77 cents on average.

Apple is expected to have recorded positive earnings growth for fiscal 2020, with FactSet modeling $3.24 billion for the full period, compared with $2.97 billion in fiscal 2019.

Stock movement: Apple shares have risen following six of the company’s last seven earnings reports, including a 10.5% gain the day after the smartphone giant posted third-quarter results in July. The stock has rallied 19% over the past three months as the Dow Jones Industrial Average DJIA, -0.09%, which counts Apple as a component, has risen 5%.

Of the 39 analysts tracked by FactSet who cover Apple’s stock, 23 have buy ratings, 13 have hold ratings, and three have sell ratings, with an average target price of $121.27.

What analysts are saying

The early 5G rollouts from U.S. wireless carriers may not offer much in terms of speed advantages relative to 4G, but D.A. Davidson analyst Tom Forte argues that may not matter too much.

“With consumers working and learning remotely, in other words leveraging their home WiFi networks instead of those from the wireless carriers, Apple may get a complete, or at least a partial, pass for launching its first 5G device lineup before 5G was ready for prime time,” he wrote in a note to clients. “With a faster processor and high-speed connection (WiFi not 5G), consumers may love their new iPhones.”

Overall, Forte expects that Apple’s new phones “are better positioned than investors completely appreciate,” in part because people will be using them mainly from home instead of on underwhelming 5G networks, but also because carriers are offering generous discounts and consumers may have more spending money since they aren’t paying for travel or out-of-home dining as much.

He’ll be looking for commentary on how stay-home trends have benefited the iPad and Mac lines more than six months after remote work and schooling picked up due to the COVID-19 crisis. He expects an “outsized impact” on these categories and rates Apple shares at buy with a $120 price target.

Wedbush’s Ives is intrigued by China dynamics, writing that this could be a big driver of momentum for the new line of iPhones.

“We are seeing considerable strength from the China region over the last few months (should be a source of relative strength in the September quarter) with positive trends heading into the all-important holiday time frame,” he wrote, while maintaining an outperform rating and $150 target price.

Apple could face questions about the Justice Department’s antitrust lawsuit against Alphabet Inc.’s Google GOOGL, +1.63% GOOG, +1.58%, which partly looks into Google’s payments to Apple for making the Google search engine the default option on iOS devices. Evercore ISI analyst Amit Daryanani notes that these licensing payments represent a high-margin business for Apple that may generate approximately 40 cents in annual earnings per share, or 9% of the company’s total.

“We think while licensing broadly remains an attractive part of [Apple’s] narrative, the Apple value proposition is substantially broader,” he wrote, pointing to “accelerating” iPhone unit growth, an “uptick in ancillary hardware attach rates” for things like AirPods and iPads, and better monetization of iOS users.

He has an outperform rating and $135 price target on the stock.