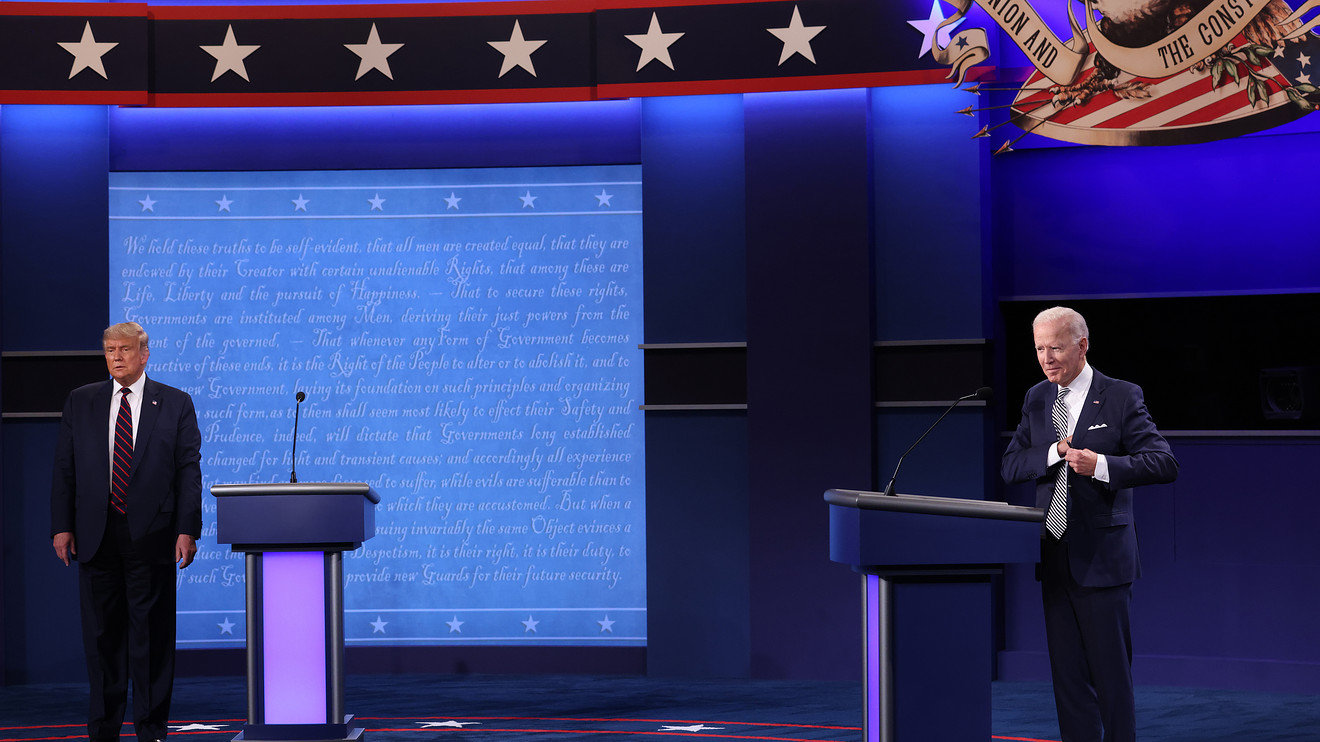 Democratic presidential nominee Joe Biden said in an interview excerpt released Thursday that if elected he would establish a bipartisan commission that would come up with recommendations for reforming the court system, promising it would study a number of alternatives “that go well beyond packing” the Supreme Court.

Meanwhile, President Donald Trump is preparing to level a barrage of allegations against the former vice president and his son during Thursday night’s preelection debate, according to a Politico report. The New York Post has been publishing stories about emails purportedly from Hunter Biden. Trump and his re-election campaign have talked up the emails and made a fresh push to allege that the Bidens are corrupt.

The second and final debate is slated to kick off at 9 p.m. Eastern Time Thursday, with Belmont University in Nashville, Tenn., serving as the host. After last month’s chaotic debate, the nonpartisan Commission on Presidential Debates on Monday announced that microphones will be cut off at the upcoming debate to allow for opening two-minute answers.

Also see:Climate change and COVID-19 to feature in final debate between Trump and Biden — when and where to watch.

Plus:Trump asked a reporter for some advice on how to win tonight’s debate — and here’s what he got

Biden’s comments about a commission that would look at the court system were made to the CBS News program ‘60 Minutes,’ which plans to air more of the interview on Sunday. Legal scholars from both parties would be on the commission and review issues over 180 days.

The Democratic challenger said last week that he would come out with a clear stance on potentially expanding the Supreme Court before Election Day, as some Democrats call for it in response to the Republican push before the November elections to give the late liberal Justice Ruth Bader Ginsburg’s seat to Judge Amy Coney Barrett and create a conservative 6-to-3 majority. Progressive advocacy group Demand Justice on Thursday described Biden’s latest move as “a punt.”