Home
Market
IBM Falls as Investments to Curb Near-Term Good Times
Prev Article Next Article
This post was originally published on this sitehttps://i-invdn-com.akamaized.net/news/LYNXMPEA76143_M.jpg 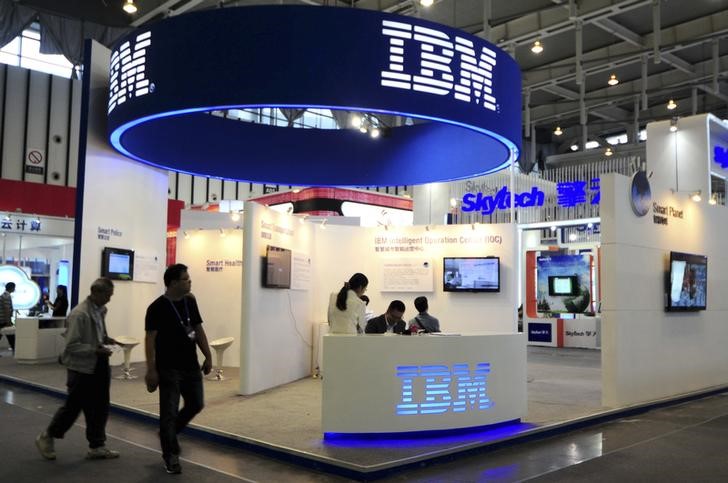 Investing.com —   IBM (NYSE:IBM) fell more than 6% as earnings turned out to be less swell than expected, and analysts lowered target prices.

Bank of America (NYSE:BAC) said the company is transitioning and 2021 will reflect investments, prompting a drop in its price target to $153 from $155. The stock is trading around $117.75. It did, nonetheless, reiterate a buy rating, citing strong growth that can drive share gains in hybrid cloud, investment that will also drive growth and compelling valuation with an attractive dividend yield of 5%, according to StreetInsider.

The company reported earnings per share of $2.58, which met the estimate, on sales of $17.56 billion compared to the expected $17.54 billion.

Shares are down 12% since the start of 2020, which has been a bumpy ride. Three analysts say buy, six say hold and one says sell, according to data compiled by Investing.com.