Home
Stocks
: GE’s stock gets a big boost from news that Boeing’s 737 MAX could fly again this year
Prev Article Next Article
This post was originally published on this site 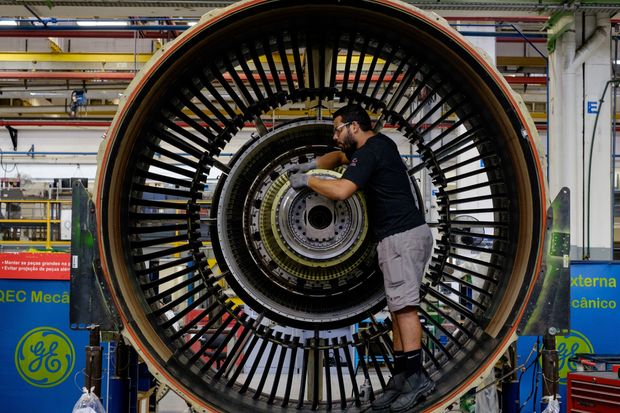 The industrial conglomerate’s stock GE, +4.86% shot up 4.2% in morning trading, which puts it on track for the highest close since June 18. Trading volume was 42.1 million shares, enough to make the stock the third-most active on the New York Stock Exchange.

European Union Aviation Safety Agency Executive Director Patrick Ky said in an interview with Bloomberg that the safety upgrades Boeing BA, +2.90% made to its MAX planes could mean they can return to European airspace by the end of the year.

The 737 MAX aircraft have been grounded since March 2019, following two deadly crashes within a five-month period.

GE’s aerospace division, which makes engines featured in the 737 MAX aircraft, reported in July a second-quarter revenue decline of 44% from a year ago, making it by far the weakest of the company’s major business segments. For the third quarter, the FactSet revenue consensus for GE Aviation of $4.93 billion implies a 39% decline.

Boeing’s stock rose as much as 5.6% intraday before paring some gains to be up 3.2% in morning trading.