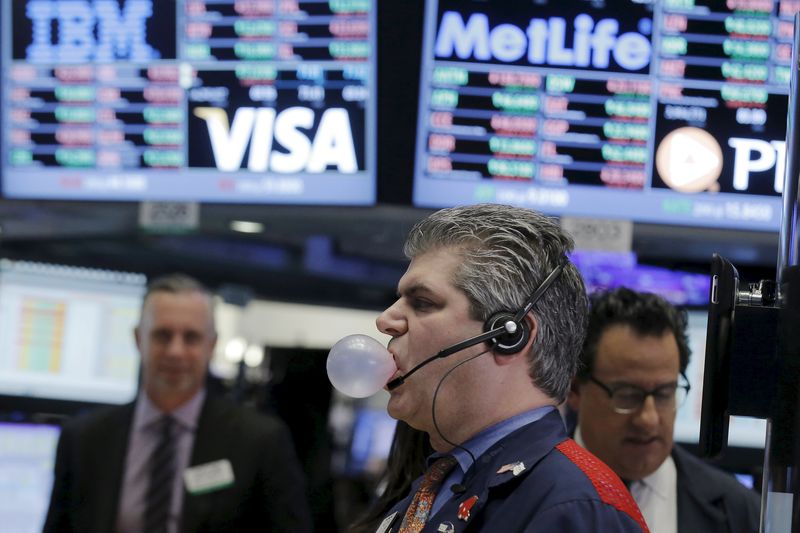 Investing.com – The Dow eked out a third straight weekly win Friday, despite selling into the close as investors weighed up stronger retail sales data that pointed to underlying strength in the U.S. consumer against cooling hopes for a quick roll out of stimulus.

The Commerce Department said Friday that retail sales rose 01.5% last month. That confounded economists’ forecast for a 0.5% rise. The retail sales control group – which has a larger impact on U.S. GDP –  rose 1.4%, topping expectations for a 0.2% increase.

Some economists, however, warned the data could represent the “last hurrah” for the consumer heading toward the end of the year as income will likely decline amid a lack of stimulus.

“September strength may have been the last hurrah for the consumer this year. With the back to school/work spending likely behind us, and disposable income set to contract sharply in Q3/Q4 without fresh fiscal stimulus, we’ll be lucky if consumption is flat in Q4,” Jefferies (NYSE:JEF) said in a note.

Despite little progress on stimulus talks, many believe that it is a matter of when rather than if further federal aid is coming, with House Speaker Nancy Pelosi suggesting earlier this week that a fiscal package will be rolled out before January.

Utilities, industrials, and health care led the broader market higher, with the latter getting a boost from a rise in shares of Regeneron Pharmaceuticals (NASDAQ:REGN) and Pfizer .

Pfizer (NYSE:PFE) said it would apply for emergency U.S. approval of its Covid-19 vaccine it is developing with Germany’s BioNTech in the third week of November. Pfizer and Biontech Se (NASDAQ:BNTX) both added nearly 4%.

The news helped restore some optimism over a Covid-19 vaccine after both Eli Lilly and Company (NYSE:LLY) and Johnson & Johnson (NYSE:JNJ) announced setbacks earlier this week.

Tech, however, lagged the broader move higher even as the Fab 5 stocks closed mostly in the red, despite trading higher intraday.

On the earnings front, investors digested mixed results from corporates.

Bank of New York Mellon (NYSE:BK) reported better-than-expected quarterly results on the top and bottom lines, sending its shares up 2%.

Schlumberger NV (NYSE:SLB) fell 9% after it reported mixed results after its quarterly earnings beat, but revenue fell short of estimates, pressured by coronavirus-led disruptions in its drilling business.

In deal news, First Citizens BancShares (NASDAQ:FCNCA) said it had agreed a deal to buy CIT Group Inc (NYSE:CIT) to form a new bank with more than $100 billion assets.