Home
Stocks
: Scars are going to endure, strategists say, as expectations for 2021 deteriorate
Prev Article Next Article
This post was originally published on this site 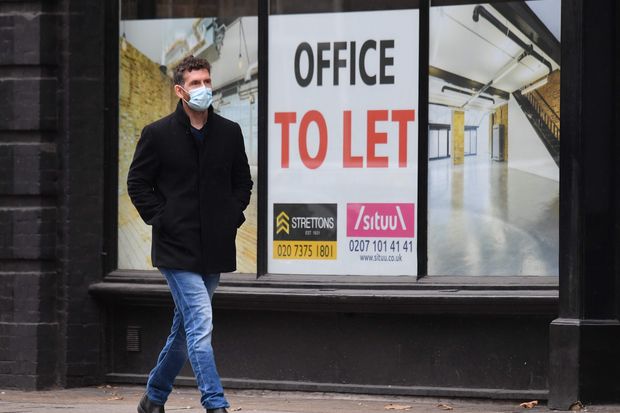 A pedestrian wearing a face mask as a precaution against the transmission of the new coronavirus walks past a boarded up office space in east London on October 13, 2020.

The International Monetary Fund on Tuesday scaled back its expectations for 2021, and that is the outlook that a trio of analysts endorsed as they discussed how the coronavirus pandemic has weighed on the world economy.

“Next year looks so bleak in many ways,” said Christopher Smart, chief global strategist and head of the Barings Investment Institute, in a conversation at the Institute of International Finance’s annual meeting.

Not only will it be tough for emerging and developing countries that don’t have the financial resources and infrastructure to handle the blow, but also for smaller- and medium-size companies that can’t tap into capital markets, he said.

Smart said the ability to manage COVID-19 has improved, so that even with a rise in infection rates, mortality rates and hospitalization rates are falling. “It’s just that next year looks like a pretty tough year,” he said. “It won’t be a recession according to the official definition of one, but it will probably feel like one in a lot of the world.”

Another point Sheets made is that many parts of the economy — households, firms, and certainly the public sector — will leave the pandemic with deteriorated balance sheets. “Will those weaker balance sheets lead to less consumption, investment, less scope to buffer the economy from future shocks, less risk taking in the economy and so forth?” he asked.

Even before COVID-19, there were serious structural problems including the headwinds associated with the aging demographics, and already high debt levels. “We entered this episode at a place I was describing as a pleasant mediocrity, a comfortable lackluster pace. And now we have some more structural problems on top of it.”

Anne Walsh, chief investment officer, fixed income at Guggenheim, asked whether debt solves the problem anymore. “And the short answer is probably no,” she said. What you end up with is money going into financial assets and companies that can get access to that capital. “And then there’s this sort of other part of the economy that is not able to get access to that capital, and it’s defaulting,” she said.

Walsh said the current relief isn’t allowing for the “creative destruction” as in prior cycles. “Now it appears that the policy makers don’t want to allow this system to purge itself and to lead into these new productive uses of, say for example, technology solutions like artificial intelligence.”

Walsh added that investors are still getting a little bit — “and I mean, a very little bit” — of compensation for risk. “Nominal yields below 3% across the entire credit spectrum doesn’t excite many of my players, I can tell you,” she said.