Home
Market
Haunted by Christmas past, Britain's M&S tackles food waste
Prev Article Next Article
This post was originally published on this sitehttps://i-invdn-com.akamaized.net/trkd-images/LYNXMPEG9A04O_L.jpg 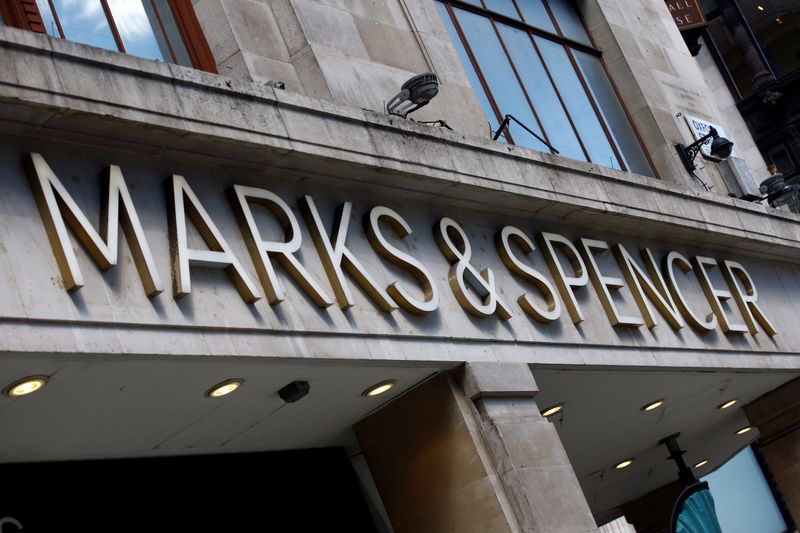 LONDON (Reuters) – British retailer Marks & Spencer (L:MKS), seeking to avoid a repeat of last Christmas when its performance was ruined by excessive food waste, is rolling out a supply chain programme it says will crack the problem.

Reporting on festive trading in January, two months before the COVID-19 pandemic brought much of Britain to a standstill, Chief Executive Steve Rowe said that while M&S had enjoyed record food sales its profit margins were dented by high levels of waste.

M&S normally accounts for just over 3% of the UK grocery market but at Christmas it punches above its weight, selling, for example, one in four of all fresh turkeys consumed.

Nevertheless, the group has been dogged by food availability issues and waste levels that are amongst the highest in the industry.

For Rowe, attempting to boost M&S’s fortunes after a decade of failed reinventions, the antidote to waste is a supply chain initiative called Vangarde – named after the shopping park in the northern English city of York where the group frequently tests new ideas.

“It’s absolutely going to reset the foundations of our business and the platform to grow,” Ryan Lemon, M&S head of retail supply chain told Reuters.

The Vangarde programme aims to get all parts of M&S’s supply chain working better, from planning, to suppliers, to logistics and stores.

He explained that Vangarde lowers the total levels of stock in stores, finely tailors deliveries from depots to an individual store’s needs and increases the number of deliveries to stores out of trading hours.

Ambient foods are delivered to stores consistently seven days a week instead of four or five previously.

There are more frequent and smaller deliveries from M&S suppliers to RDCs, with delivery timings aligned more closely to store requirements.

M&S store workers’ shift patterns have also been upended so more are available to re-stock when stores are closed. That means customers aren’t bumping into staff stacking shelves – a key benefit during the COVID crisis.

“The customer’s going to see a massive difference because every Vangarde store will be ready to trade from opening,” said Lemon.

COVID means Christmas 2020 is shaping up to be a unique trading period.