Home
Stocks
London Markets: FTSE 100 rattled as Trump’s COVID-19 status echoes around the world
Prev Article Next Article
This post was originally published on this site 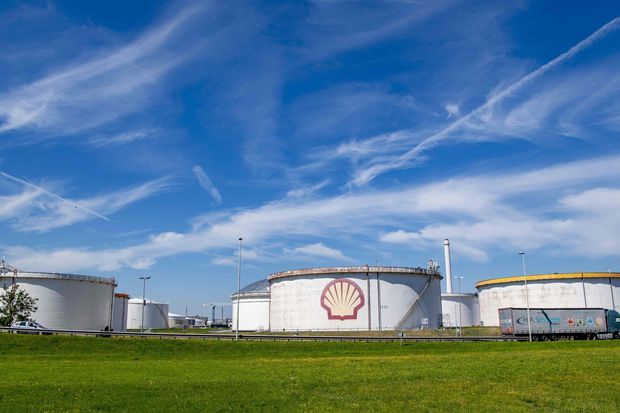 The exterior of the Shell Pernis site in Rotterdam, the Netherlands, on July 30, 2020.

London stocks were unable to get away from the shock waves rippling across global markets on Friday after President Donald Trump said that he had tested positive for coronavirus.

Oil prices were hit particularly hard on Friday, which had a direct impact on the index, as shares of heavily weighed energy companies dropped in reaction to crude.

Russ Mould, investment director at AJ Bell, said oil price weakness may not be entirely linked to Trump testing positive. “This commodity is an economic bellwether and a decline in the price could be a red flag that the global economic recovery faces some near-term headwinds,” he said in a note to clients.

“Tonight, @FLOTUS and I tested positive for COVID-19. We will begin our quarantine and recovery process immediately,” President Trump said on Twitter in the early hours of Friday. Dr. Sean Conley, the physician to the president, said Trump and the first lady Melania Trump “are both well at this time.”

But the news raised several concerns, from the health of the U.S. leader to the progress of the stimulus package, and U.S. stocks suffered heavy losses. Investors were also reminded of U.K. Prime Minister Boris Johnson, who ended up hospitalized with coronavirus in April.

Leading decliners in London were shares of Rolls-Royce Holdings RR, -6.42%, a day after the British engineer said it would seek £5 billion ($6.4 billion) through a rights issue and debt, in a bid to shore up its finances amid “significant uncertainty” about a coronavirus recovery.

Shares of smaller-cap Centamin  CEY, -20.73%  slid 20%, after the gold mining company cut its production guidance following a suspension of operations at its Sukari mine in Egypt

Strength in the pound GBPUSD, +0.40% may also have been weighing on the main index, as many U.K. multinational companies earn revenue overseas, and that strong currency would make their goods less competitive. The pound rose 0.3% to $1.2940.

U.K. Prime Minister Boris Johnson and European Commission President Ursula von der Leyen are due to speak on Saturday, in a last-ditch attempt to reach a trade and security deal.