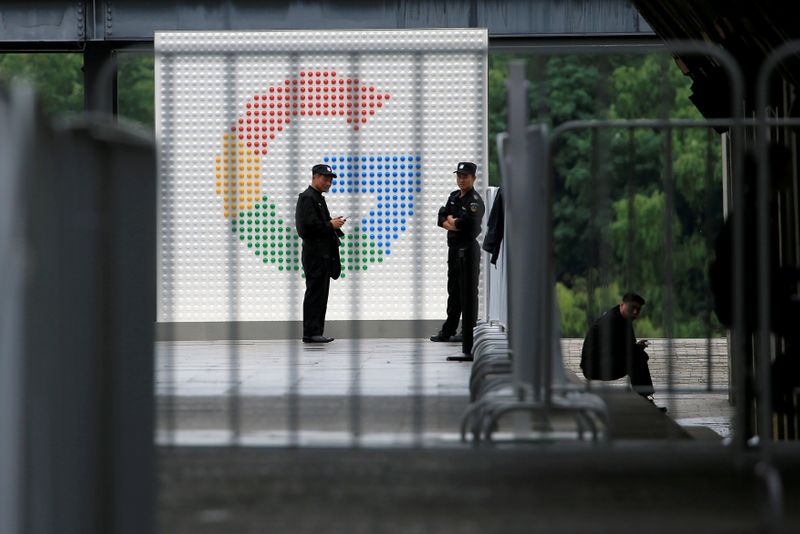 BEIJING/SINGAPORE/SHENZHEN, China (Reuters) – China is preparing to launch an antitrust probe into Alphabet Inc’s (O:GOOGL) Google, looking into allegations it has leveraged the dominance of its Android mobile operating system to stifle competition, two people familiar with the matter said.

The case was proposed by telecommunications equipment giant Huawei Technologies Co Ltd last year and has been submitted by the country’s top market regulator to the State Council’s antitrust committee for review, they added.

A decision on whether to proceed with a formal investigation may come as soon as October and could be affected by the state of China’s relationship with the United States, one of the people said.

It also comes as China embarks on a major revamp of its antitrust laws with proposed amendments including a dramatic increase in maximum fines and expanded criteria for judging a company’s control of a market.

A potential probe would also look at accusations that Google’s market position could cause “extreme damage” to Chinese companies like Huawei, as losing the U.S. tech giant’s support for Android-based operating systems would lead to loss of confidence and revenue, a second person said.

The sources were not authorised to speak publicly on the matter and declined to be identified. Google did not provide immediate comment, while Huawei declined to comment.

China’s top market regulator, the State Administration for Market Regulation, and the State Council did not immediately respond to requests for comment.

The U.S. trade blacklist bars Google from providing technical support to new Huawei phone models and access to Google Mobile Services, the bundle of developer services upon which most Android apps are based.

Google had a temporary licence that exempted it from the ban on Huawei but it expired in August.

It was not immediately clear what Google services the potential probe would focus on. Most Chinese smartphone vendors use an open-source version of the Android platform with alternatives to Google services on their domestic phones. Google’s search, email and other services are blocked in China.

Huawei has said it missed its 2019 revenue target by $12 billion, which company officials have attributed to U.S. actions against it. Seeking to overcome its reliance on Google, the Chinese firm announced plans this month to introduce its proprietary Harmony operating system in smartphones next year.

Chinese regulators will be looking at examples set by their peers in Europe and in India if it proceeds with the antitrust investigation, the first source said.

“China will also look at what other countries have done, including holding inquiries with Google executives,” said the person.

The second source added that one learning point would be how fines are levied based on a firm’s global revenues rather than local revenues.

The European Union fined Google 4.3 billion euros ($5.1 billion) in 2018 over anticompetitive practices, including forcing phone makers to pre-install Google apps on Android devices and blocking them from using rivals to Google’s Android and search engine.

Indian authorities are looking into allegations that Google is abusing its market position to unfairly promote its mobile payments app.