Home
Market
Tencent to take China's Sogou private in $3.5 billion deal
Prev Article Next Article
This post was originally published on this sitehttps://i-invdn-com.akamaized.net/trkd-images/LYNXMPEG8S1C9_L.jpg 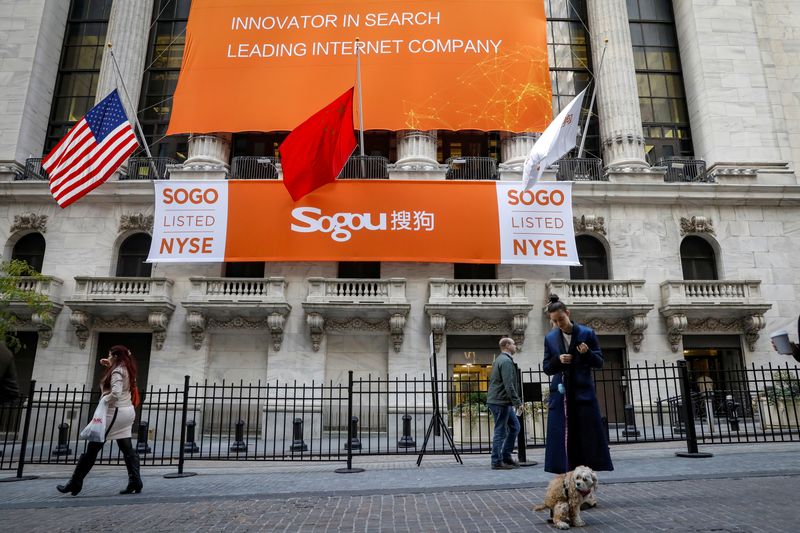 U.S.-listed shares of Sogou were up about 3% in premarket trading.

The offer price represents a premium of 56.5% to Sogou’s close on July 24, the last trading day before Tencent offered to take it private.

Controlling stakeholder Sohu (NASDAQ:SOHU).com Inc said it would receive about $1.18 billion in cash from Tencent as part of the deal, sending its shares up about 14% in premarket trading.

Tencent currently owns a 39.2% stake in Sogou, according to a letter it sent to Sogou shareholders in July.

Sogou, which was founded in 2005 and debuted on the U.S. market in November 2017, generates revenue mainly through search advertising services.

Goldman Sachs (NYSE:GS)( Asia) is acting as financial adviser to Tencent on the deal, which is expected to close in the fourth quarter of 2020.