Home
Stocks
Outside the Box: How much money could the IRS collect through more audits? How to assess 2 competing estimates
Prev Article Next Article
This post was originally published on this site 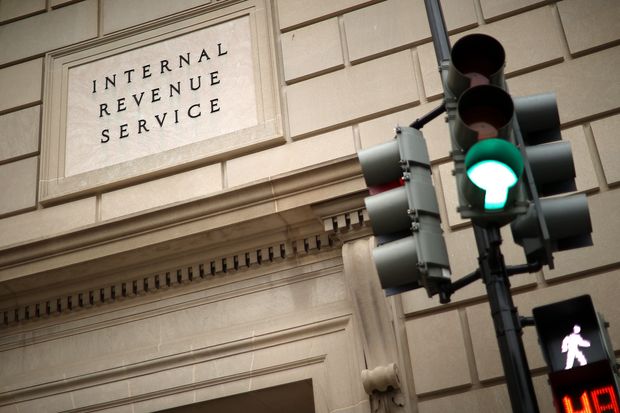 Would increasing the Internal Revenue Service’s funding for audits increase tax collections by more than the cost? Yes, if the funds are spent wisely. Would it increase revenues over the next decade by over $700 billion? Very unlikely.

In several recent articles, University of Pennsylvania law professor Natasha Sarin and former Secretary of the Treasury Larry Summers have argued that increasing the IRS budget over the next 10 years by $100 billion would raise $1.15 trillion in revenues over that period. More than 70%—$715 billion—would come from additional audits.

Contrast that with a July report by the Congressional Budget Office. CBO estimates that increasing the IRS’s funding for audits would increase revenues by between $61 billion to $103 billion over 10 years, depending on how much the agency’s budget is increased.

In response, Sarin and Summers have mounted a sharp attack on CBO’s estimates.

One reason why the options analyzed by CBO would raise a lot less money than Sarin and Summers claim is that the CBO options envision a lot smaller increases in the IRS’s appropriations. Sarin and Summers propose to increase IRS funding by about $100 billion over the decade—enough to restore the 2011 ratio of the IRS’s budget to total tax payments.

CBO examines two options in their report that would ramp up the IRS’s appropriations over five years. In the first version, the agency’s budget would increase by $500 million in the first year, gradually rising so that total additional spending would total $20 billion over 10 years. The second option would boost spending by $40 billion over 10 years, beginning with an increase of $1 billion in year one and again building up gradually.

The pace of the CBO ramp-up is a bow to both political and administrative realities. Increasing the IRS’s annual budget of $11.5 billion—the 2020 level—by over 25% or 50% in one year likely would be a political non-starter. Moreover, the IRS needs time to design enforcement initiatives and hire and train staff. It can take as long as five years to train revenue officers to successfully detect the most fraudulent tax returns. And training new staff usually requires experienced IRS employees to reduce their audit activity to conduct the necessary instruction.

Sarin and Summers say the audit options that CBO estimated are too narrow. In addition to audits, they propose more third-party information reporting and significant technology improvements. Those are indeed critical ingredients for tax compliance, and CBO included them in an even longer list of enforcement options.

But the report’s authors didn’t estimate the costs of either—expansions of information reporting require statutory amendments to the tax code (which were outside the scope of a report on the IRS appropriations), and technological improvements would involve fundamental changes to the way the IRS conducts its operations.

There are two reasons for this projected pattern. First, CBO assumes the IRS picks the lowest-hanging fruit initially in determining where to deploy new resources. For instance, a first infusion of funding could expand the investigation of taxpayers who report less income than the information reported by third parties on W-2s and 1099s show.

In tax year 2013, the IRS had sufficient resources to follow up with only 24% of taxpayers with such income discrepancies, and that share probably has not increased. Those types of activities generally have a substantial rate of return and do not require extensive training for new employees to become effective.

With more sustained funding and better enforcement approaches, the IRS could increase the number and scope of audits of the complex returns of businesses and wealthy taxpayers. Those examinations would yield more revenue per audit though they typically have a smaller return on investment than audits of simpler returns because they take longer and are conducted by more specialized, higher-paid revenue agents.

The second reason: Some taxpayers—especially those who can afford skilled tax lawyers and accountants—successfully challenge auditors’ assessments. In addition, taxpayers and their advisers are able to find new ways to avoid or evade taxes, often faster than Congress can enact legislation to shut down a new avoidance strategy or the IRS can detect and curb the latest evasion technique.

CBO’s estimates also reflect the fact that audits, appeals, and collections all take time. Most owed taxes are paid within a couple of years after an audit, but the rest trickles in slowly or is never collected.

One really large open question: Do more aggressive IRS audits deter noncompliance by taxpayers? On this topic, the jury is out, and neither CBO nor Sarin and Summers account for the effects of deterrence in their estimates.

I worry that politicians will seize upon the $1 trillion estimate provided by Sarin and Summers and rush to spend it or cut taxes by that big amount—and then be dismayed when the revenues don’t materialize (as has often happened with past IRS initiatives).

But policy makers shouldn’t be deterred because CBO’s estimates are lower than the overly optimistic calculations of Sarin and Summers. The additional revenue generated by CBO’s options would still, on net, provide more funding for government services, lower taxes, or deficit reduction.

Steep cuts to the IRS budget in the last decade have led to even steeper reductions in audit rates, especially for large businesses and wealthy taxpayers, even as the annual tax gap hovered around $400 billion. Ensuring that those taxpayers pay what they truly owe would help restore confidence in the fairness of the U.S. tax system and the federal government. And raise some money. What would be wrong with that?

Now read: This map shows where American taxpayers are most likely to be audited — and it’s certainly not Washington, D.C.

Janet Holtzblatt is a senior fellow at the Tax Policy Center. This was first published on the think tank’s TaxVox blog — How Much More Money Could The IRS Collect If Congress Gave Them More Money?