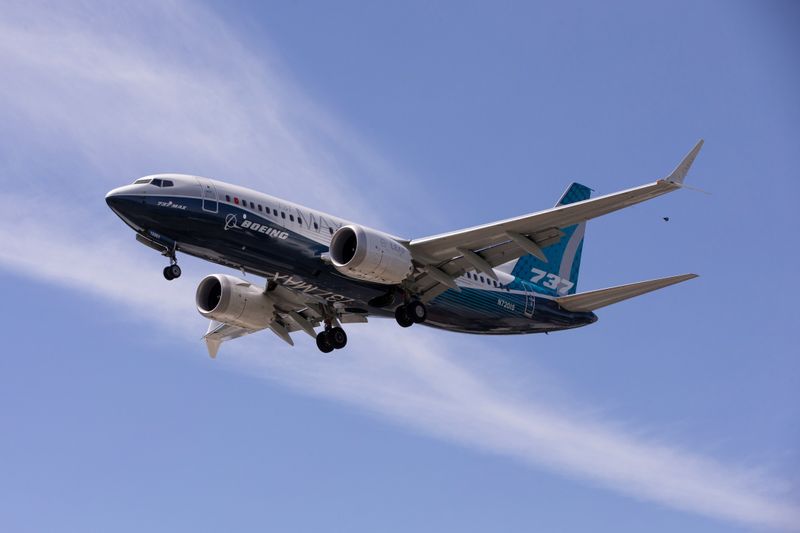 WASHINGTON (Reuters) – Federal Aviation Administration Chief Steve Dickson is set to conduct an evaluation flight at the controls of a Boeing 737 MAX (N:BA) next week, a milestone as the U.S. planemaker works to win approval to resume flights, the agency told lawmakers.

The Boeing 737 MAX has been grounded since March 2019 after two fatal crashes killed 346 people. Dickson, who was previously a commercial airline pilot, plans to undergo simulator training before the flight and will then share his observations with FAA technical staff.

The FAA told lawmakers that Dickson and FAA Deputy Administrator Dan Elwell “will be in Seattle next week to take the recommended training.” The flight by Dickson will fulfill “his promise to fly the aircraft before the FAA approves its return to service.”

Boeing shares were up 6%.

Earlier Friday, Europe’s chief aviation safety regulator said the MAX could receive regulatory approval to resume flying in November and enter service by the end of the year.

“For the first time in a year and a half, I can say there’s an end in sight to work on the MAX,” said Patrick Ky, executive director of the European Union Aviation Safety Agency (EASA).

Ky said Boeing had agreed to install the computerized third-sensor system on the next version of the plane, the 230-seat 737 MAX 10, followed by retrofits on the rest of the fleet later.