Home
Stocks
Outside the Box: Making capitalism work better is a perfect job for good old American know-how
Prev Article Next Article
This post was originally published on this site 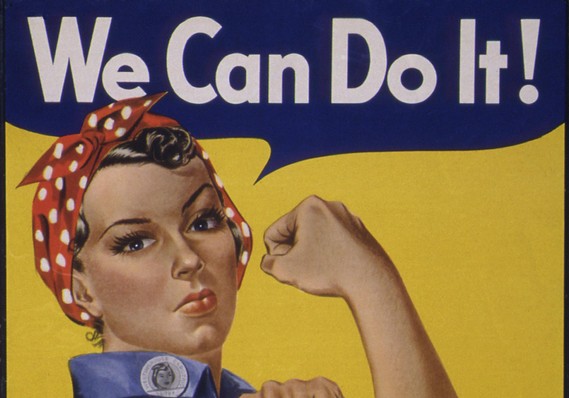 Should capitalism generate broad-based prosperity? Should it support a healthy democracy to achieve its ideals of equal opportunity?

If so, then capitalism as practiced in the U.S. is not living up to its potential or its intent. Consider that prior to the coronavirus pandemic, about 60% of Americans had less than $500 in the savings. The top 10% of Americans own 70% of the nation’s wealth while the bottom 50% own less than 2%.

Clearly, capitalism is not working for a majority of Americans. The question is what do we do about it? Narrow programs are too incremental to ever shift outcomes for the broad population. Worse, they distract from fundamental shifts that are required.

The solution is to combine structural changes with major policy initiatives to create a more equal playing field with true opportunity for all Americans to prosper.

Two major systemic changes would move the US. toward becoming an inclusive economy. Last year, the Business Roundtable redefined the purpose of corporations. Signed by 181 CEOs, the Roundtable’s “Statement on the Purpose of the Corporation” asserts the purpose of a company is to benefit all stakeholders — customers, employees, suppliers and communities and shareholders. In other words, not to solely to maximize shareholder value. Fully implementing this mandate would put social returns on par with financial returns and would be a paradigm and mindset shift that ripples through the economy.

For example, the Federal Reserve and Congress could provide monetary and fiscal support to Benefit Corporations so they become the standard corporate model. (A Benefit Corporation is a legal designation recognized in 35 states that includes in their defined goals a positive impact on society, workers, the community and the environment in addition to profit — thus giving them the flexibility to create long term value for all stakeholders.)

Short-term profits would take a back seat to sustainable profits and social value creation. Full implementation would entail reinforcing this with tax incentives, as well as consumers shunning companies that don’t practice these values, and new corporate governance laws (e.g. eliminating the primacy of maximizing shareholder value). The new purpose would also create a different social contract among companies, employees and consumers that helps drive broad social well-being.

A second major structural shift is to root out systemic racism in the financial sector. Discriminatory policies are embedded throughout the financial system and cause severe inequities. It’s evident in redlining and other discriminatory and predatory lending and investment practices (e.g. used car predatory lending is a $20 billion industry and pay-day lending is a $90 billion industry). This can be addressed through policies prohibiting such behavior, incentives for lenders to provide alternatives, restoring the Consumer Financial Protection Bureau’s mandate and strengthening CRA provisions for banks.

Another example of systemic racism is the lack of diversity of U.S. money managers. Just 1% of investment firms are owned by women and people of color; U.S. based senior distribution professionals in asset management firms are 87% white and 96% in smaller firms. This change can be addressed through deliberate recruiting and training of fund managers of color, particularly those from under-invested communities.

Finally, the Federal Reserve can adopt ending racial economic inequality as part of its mandate. The House introduced a bill to do just that in August.

Read: Changing the Federal Reserve’s mandate could provide a down payment on ending racial inequality

Specific, large-scale national initiatives would also accelerate a move toward equitable capitalism, including:

1. Access to capital: Large-scale investments to revitalize low-income communities would create wealth and jobs. CDFIs (Community Development Financial Institutions, or nonprofit banks) that invest in low-income communities to support small businesses and economic renewal have about 1% of the capital of commercial banks ($200 billion versus $18 trillion.) CDFI’s could be expanded through government appropriations.

The Federal Reserve could buy CDFI loans and backstop lending, creating a CDFI lending facility to ease CDFI liquidity challenges and provide them permanent access to the Federal Reserve disount window. The Fed and federal government could use guarantees and incentives to increase returns and mitigate risks of investing in low-income communities. They can help build “funds of funds” to enable pension funds and insurers to make large investments that funnel to CDFIs and other community vehicles. The Fed has taken extraordinary measures to support commercial banks and corporate bonds, it can do the same for investing in low-income communities.

Combining investment with new ownership models that give community residence equity in community investments is critical. Vehicles including Community Investment Trusts can do this. Additionally, Opportunity Zones can be revamped to require community ownership in return for tax breaks.

“ Creating more equitable capitalism is not a zero-sum game. It’s in the best interest of the U.S. as a whole. ”

2. Individual wealth building: Half of all Americans don’t own stocks and many have little access to wealth building products. The U.S. can pass Senator Cory Booker’s (D-N.J.) bill to fund American Opportunity Accounts (baby bonds) so that every low-income child builds wealth each year.

Home ownership programs are vital wealth building supports that can be stimulated with scaled-up matched savings programs to generate savings for down payments and combined with “mortgage reserve accounts” to create resilience to downturns. Community Land Trusts can prevent displacement in gentrifying areas.

3. Education: Perhaps the best way to create equal opportunity is to ensure high-quality education for all Americans. The GI Bill, for example, led to unprecedented shared prosperity and economic vitality for the nation. The U.S. should offer free college and eliminate student debt for those under a certain income level. Let’s not finance K-12 education with property taxes alone, which favor wealthy neighborhoods, but instead equally invest in all children’s education and build the skilled workforce of the future.

Creating more equitable capitalism is not a zero-sum game. It’s in the best interest of the U.S. as a whole. Enabling all Americans to thrive is key to unlocking the nation’s economic and human potential and significantly enlarges the economic pie, helping all boats to rise. Moreover, it is a hallmark of Americans to innovate, adapt and constantly improve upon what has gone before.

In this important election year, every American can have a direct impact on creating a more inclusive economy. Candidates in local, state or national elections who advocate for integrating social responsibility into corporate and business activities can be supported through the vote. Voting is a critical, tangible expression of public will that creates the political will for the systemic change that can bring an equitable and inclusive form of capitalism to the U.S.

Alexander Rossides is founder and president of The Social Impact Exchange, who is presenting the non-profit organization’s 10th annual conference “The Exchange 2020: Unifying Leadership” on September 23 and 24.

Read: Bill Ackman on saving capitalism: Every child in the U.S. could be given enough money at birth to become millionaires by retirement

Plus: Billionaire investor Ray Dalio on capitalism’s crisis: The world is going to change ‘in shocking ways’ in the next five years