Home
Stocks
The Tell: The Fed has bought $8.7 billion worth of ETFs. Here are the details
Prev Article Next Article 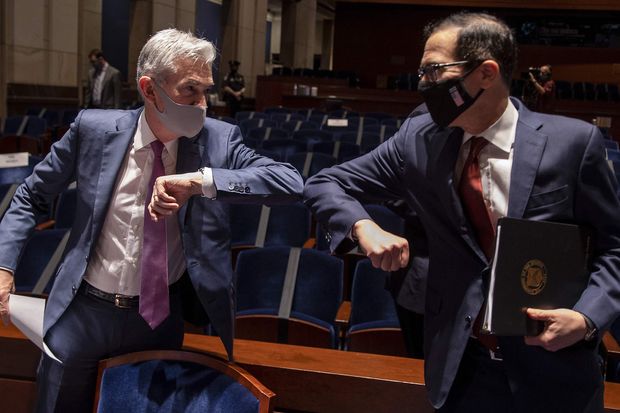 One of the biggest stories of the past year has been massive inflows into bond exchange-traded funds. In a lower-for-longer world, investors are looking for any edge they can find, and some ETFs may offer a bit more yield.

But in addition to that fundamental backdrop, there may be a more straightforward explanation for investor interest in shares of bond funds: the Federal Reserve.

In March, amid the coronavirus selloff, the central bank said it would buy ETFs in order to stabilize the financial system – namely, the bond market. Dave Nadig, an ETF industry veteran now at ETF Trends, set out to analyze the Fed’s footprint in the market.

Read: The Fed is going to buy ETFs. What does it mean?

The Fed may well have achieved its goal better than anyone could have expected, Nadig concluded. That’s because actual Fed purchases of ETFs has been a lot smaller than the overall inflows.

“The Fed did exactly what it wanted to do here — buying just enough on the open market to convince the Street that they would be the buyer of first and last resort, and bringing investors along for the ride,” Nadig wrote.

Here’s how the big numbers break down. There have been flows of $150.1 billion into bond ETFs through August 31 (about $132 billion of that is U.S. funds). As of the end of August, however, the Fed had only bought $8.7 billion worth of such funds.

Perhaps more important, the Fed didn’t start buying until May, and paused in July. But overall inflows were strong in April, since the Fed had announced its intentions in the prior month. Flows did abate a bit in August, though.

Now that some of the dust has settled since March, the bigger question remains: is it healthy for the central bank to have such an outsize impact on financial markets? That “will have to be settled over the long game,” Nadig wrote. “But short term? You’d have to say mission accomplished.”