Home
Market
Coca-Cola bottlers are feeling flat, even as U.S. grocery sales sparkle
Prev Article Next Article
This post was originally published on this sitehttps://i-invdn-com.akamaized.net/trkd-images/LYNXMPEG8G0ZA_L.jpg 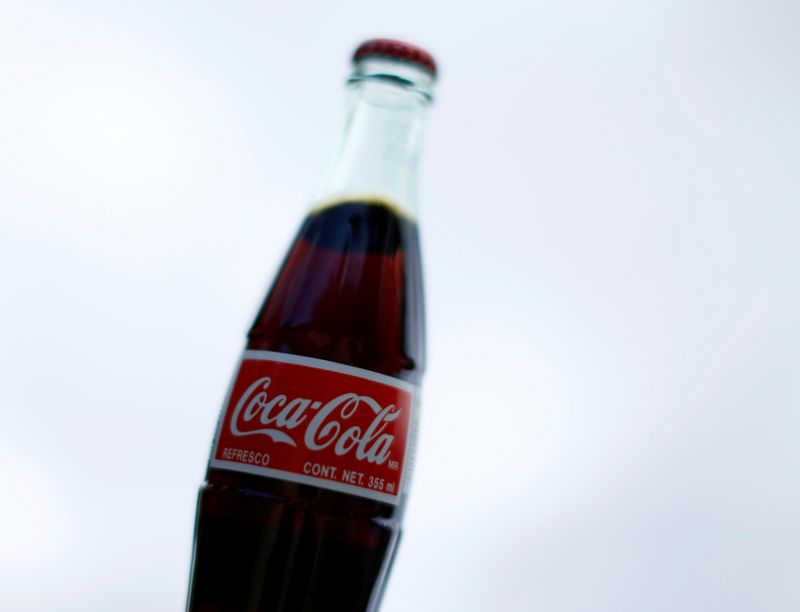 CHICAGO/LONDON (Reuters) – Martin Williams (NYSE:WMB)’ great-grandfather founded their Coca-Cola (NYSE:KO) distribution business in Corinth, Mississippi, in 1907, just a handful of years after Coke was first sold in bottles across the United States.

He’s part of the fourth generation to run it, and he’s determined not to be the last.

Williams’ business is one of nearly 70 U.S. Coca-Cola “bottlers” – third-party, independent companies that put Coke and other beverages into cans and bottles and deliver the drinks to retailers and restaurants in every corner of the country.

The future of such companies is not only critical for their owners and employees, but also key for their main supplier – Coca-Cola, the world’s No.1 soft drink maker – which needs them to flourish to help it recover from a slump in sales.

But COVID-19 has upended their business models.

“It was chaos. You just had no idea what the world was going through and what we were up against,” said Williams, the finance head of his family’s firm. “It’s on our shoulders to try to take our business forward into the future and to maintain the work that our ancestors have done.”

Shoppers in lockdowns snapped up cases of Coke, Fanta and Sprite at grocery stores rather than at gas stations, restaurants and stadiums.

That left bottlers scrambling to keep stores stocked with bigger, often less-profitable packages. Lucrative sales to restaurants and convenience stores are still only a fraction of what they were before the pandemic hit the United States.

The bottlers – now saddled with too much product meant for restaurants – have also been hit by a shortage of aluminum cans due to a surge in demand for canned drinks as people stay home.

Williams, whose business distributes rather than makes drinks, has adapted to this new order over the last six months, while grappling with higher costs for fuel, transportation, labor, safety gear and cleaning products. Pressures have eased since the lockdown, but his firm is still affected.

(Graphic: Coca Cola bottlers by volumes sold in 2019 vs 2016 – https://fingfx.thomsonreuters.com/gfx/mkt/ygdpzkyrmvw/Coca-cola-bottlers-by-volume-sold-in-2019-vs-2016.png)

Coca-Cola sells syrups, powders and base ingredients – known as concentrates – to bottlers, who mix, package and sell drinks to retailers, giving a cut back to the soda giant.

The company works with many large publicly listed bottlers around the world, including in Europe and Asia. But many U.S. players are small, family-owned businesses, with limited reserves to draw from as sales and profits shrink.

About two-thirds of them received pandemic aid from the U.S. government to keep in hand or stay afloat, which is important for Coca-Cola to increase its own sales.

All the while Coca-Cola, with whom they have a symbiotic relationship, has also been under intense pressure.

The drinks giant’s volume sales in North America declined 16% in the latest quarter. Nearly 40% of its over 10,000 employees in the region will decide by Thursday whether to volunteer for severance as part of a sweeping restructuring.

“It was a very difficult time throughout April and May, in particular, and our bottlers have to deal with that on a regular basis,” Chaly Moyen, Coca-Cola’s North America head of strategy, told Reuters. As lockdowns have eased, worldwide volume declines have moderated, from about 25% in April to about 10% in June.

She declined to say whether Coca-Cola would bail out any bottlers close to going bankrupt.

Coca-Cola is the U.S. leader in fizzy drinks – excluding tea, water and energy drinks – with about 38% of the $41.8 billion retail market, followed by PepsiCo (NASDAQ:PEP) and Keurig Dr Pepper (NYSE:KDP), according to Euromonitor.

While the food-service sales that make up about half of Coca-Cola’s business have dived, Moyen said North American sales to large stores have risen. At the height of the pandemic, they were up by a double-digit percentage versus a year earlier, and remain up by double-digits for 2020 so far, she added.

However she acknowledged bottlers and distributors had been hit hard by the shifting retail landscape. “The impact that bottlers had from a mix shift was real,” Moyen said, adding that Coca-Cola expected the new consumer habits to stick.

Some bottlers have been forced to lay off or reassign workers specializing in supplying restaurants to bottling and distributing retail-friendly products, tasks in which they are not experienced, driving down productivity.

Reyes Holdings, Coca-Cola’s second-biggest U.S. bottler, told Reuters it laid off 30 people – or about 6% of staff – at its Alsip facility in Illinois in April. As things improved, it reinstated half of those workers.

Coca-Cola Consolidated, the biggest U.S. Coke bottler – last month reported a 3.6% fall in quarterly net sales. But the company, whose No.1 shareholder is Coca-Cola, increased adjusted operating income by 5.4%, after furloughing about 700 people without pay.

“In this kind of environment it’s important to control costs – that absolutely comes with cutting jobs.”