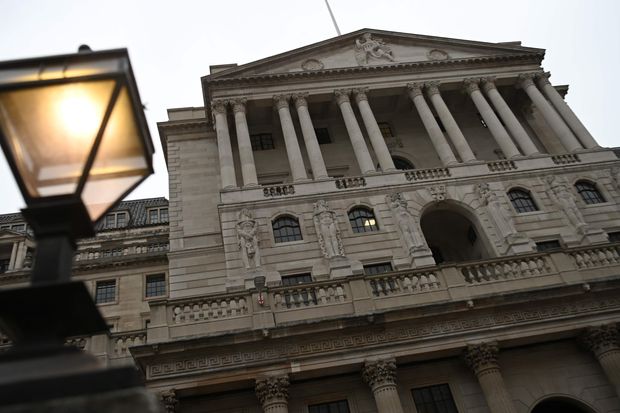 The Bank of England is seen under a cloudy sky in central London on August 6, 2020.

The Bank of England on Thursday unanimously decided to keep interest rates and its bond purchase program unchanged, giving the central bank two more months to decide whether to provide more stimulus to the U.K. economy.

By a 9-0 vote, the Bank of England’s monetary policy committee decided to hold interest rates at 0.1% and the size of its quantitative easing program at £745 billion.

“The outlook for the economy remains unusually uncertain,” said the statement from the Bank of England. “Recent domestic economic data have been a little stronger than the Committee expected at the time of the August Report, although, given the risks, it is unclear how informative they are about how the economy will perform further out. “

The U.K. economy has had a slow recovery from the initial coronavirus lockdowns. The Office for National Statistics this week said payrolls last month were still down by around 695,000 compared with March. The U.K. economy, which is measured monthly, rose 6.6% in July, which nonetheless was 11.7% lower than pre-pandemic levels.

Economists caution that the planned October expiration of a government furlough program could pressure the economy, as will new restrictions being put on various parts of the country due to a recent increase in coronavirus cases.

The Bank of England also said its outlook was “conditioned on the assumption of an immediate, orderly move to a comprehensive free trade agreement with the European Union on 1 January 2021.” That has come into doubt after the recent actions from the Boris Johnson-led government, including introducing legislation that would defy arrangements on Northern Ireland it had previously accepted on a withdrawal agreement with the EU.

Minutes released from the meeting show it had been briefed on how negative interest rates could be implemented effectively, “should the outlook for inflation and output warrant it at some point during this period of low equilibrium rates.” The Bank of England said it will begin “structured engagement on the operational considerations” in the fourth quarter.