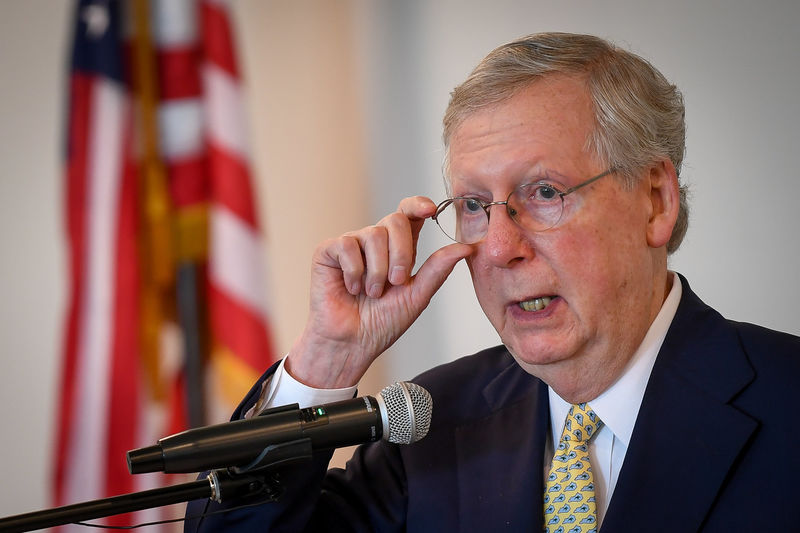 Investing.com – Wall Street fell Thursday, as the rebound in tech ran out of steam, while signs of a slowdown in the labor market raised concerns about the strength of the recovery at a time when the Republican stimulus package failed to win enough votes in the Senate to proceed.

The Dow Jones Industrial Average fell 0.31%, or 86 points. The S&P 500 was down 0.30%, while the Nasdaq Composite traded flat after falling 10% in just under a week, the fastest correction on record.

Tech struggled to hold onto its momentum from a strong rebound a day earlier, with Apple (NASDAQ:AAPL) paring gains to trade lower as investors seemingly take profit on the stock ahead of the new iPhone launch expected next month.

The other four stocks that make up the Fab 5 traded mixed, with Facebook (NASDAQ:FB) Alphabet (NASDAQ:GOOGL) higher, while Amazon.com (NASDAQ:AMZN) and Microsoft (NASDAQ:MSFT) traded below the flatline.

Zscaler (NASDAQ:ZS) sidestepped the broader weakness in tech after the cloud cybersecurity company posted results that topped estimates on both the top and bottom lines, sending its shares up 1%.

Investor sentiment was also hurt by worries about consumer spending as U.S. lawmakers failed to find a way to break the deadlock on stimulus talks at a time when job growth appears to be slowing.

The Republican coronavirus stimulus plan failed to get the votes needed to advance in the Senate, CNBC reported.

The Labor Department said the number of first-time filers for unemployment benefits came in at 884,000 for the week ended Aug. 29, missing economists’ forecast for a fall to 850,000.

Elsewhere, airlines were sharply higher on hopes that the aviation industry is set to receive more federal aid. Senate Republican John Cornyn on Wednesday pledged to push Congress to include more fiscal support in the stimulus bill.