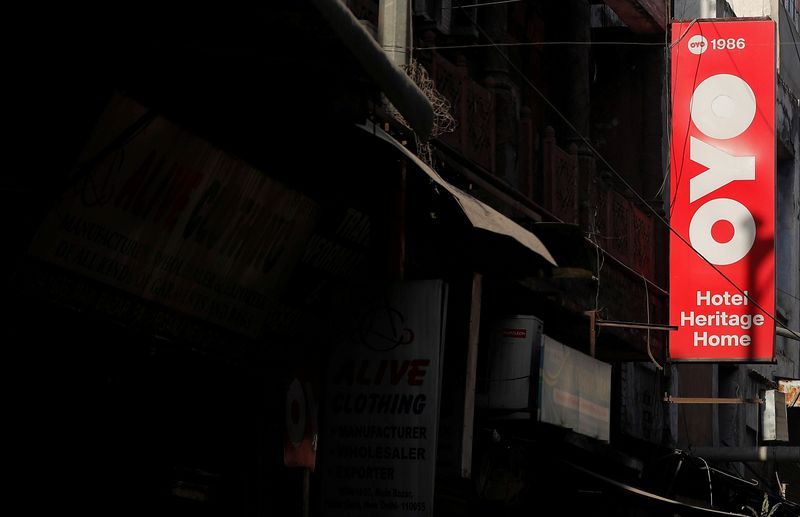 SAO PAULO/NEW DELHI/BENGALURU (Reuters) – Softbank (OTC:SFTBY) Group is taking a direct role in managing its virus-hit hospitality startup Oyo’s operations in Latin America through a joint venture which will control all hotels in the region, the head of Oyo Brazil told Reuters in an interview on Friday.

Softbank, the biggest investor in Oyo, will use part of its $5 billion Latin America fund to invest in the newly formed company called Oyo Latam which will take over 1,000 hotels mainly in Brazil and Mexico, Henrique Weaver said.

Weaver said both companies would have equal representation on the board, but did not say how much Softbank would invest.

The move comes as Oyo, valued at $10 billion in its most recent fundraising round, has been forced to cut costs and rein in its expansionist strategy in global markets by reducing its hotel footprint and laying off employees after revenues took a hit from the coronavirus pandemic.

It shows the Japanese investor’s keenness to ensure the Indian company remains on track, and is the latest sign SoftBank is more closely overseeing Oyo’s operations in markets including China, India and Japan, three sources familiar with the matter told Reuters.

Softbank has taken a big writedowns on bets including shared office space company WeWork and wants to avoid a similar fate with Oyo, in which it has invested over $1 billion, said one of the sources who is directly familiar with Softbank’s thinking.

An Oyo spokeswoman said Softbank is like any other investor in the company with a seat on the board and that Oyo is “a management-run and a board-governed company.”

“Any description that Oyo is being managed, or there is any ‘additional oversight’ (formal or informal) or otherwise is merely media speculation and completely untrue,” the spokeswoman said.

SoftBank said it started the partnership with Oyo in Latin America in 2019 and the investment has been recently formalized with the creation of Oyo Latam and the board.

Softbank’s Latam fund has invested $75 million into Oyo’s business in the region, said a source with knowledge of the matter.

“Latin America has proved to be a good fit for Oyo, with a super fast growth pace because the hotel market is extremely fragmented in the region,” Weaver said.

The pandemic, however, forced the company to lay off 500 employees in Brazil, leaving it with a workforce of 140 people, Weaver said. It has also given up its office space and slashed operating expenses.

Once among the world’s largest hotel chains by room count, Oyo has furloughed hundreds of employees in the United States and Europe and shuttered offices in other global markets. In India and China it began cutting costs and headcount as early as January.

Oyo had committed to invest over $600 million in China but in recent months the company has seen an exodus of executives and a shrinking footprint while also battling lawsuits filed by hotel partners and vendors over non-payment of dues.

The lawsuits have resulted in some of Oyo’s bank accounts in China being frozen but the company said that is a standard process and does not mean it is guilty.

“We are vigorously defending these allegations in court of law including disputes on the dues and claims,” the Oyo spokeswoman said.

Oyo’s retreat from China may prove costly in future, as investors drove up the company’s valuation to $10 billion largely due to the potential and size of its bet on the country.

“In China, we have hit the reset button and are making sure we have a kernel of profitable business before we rapidly expand,” the spokeswoman said.