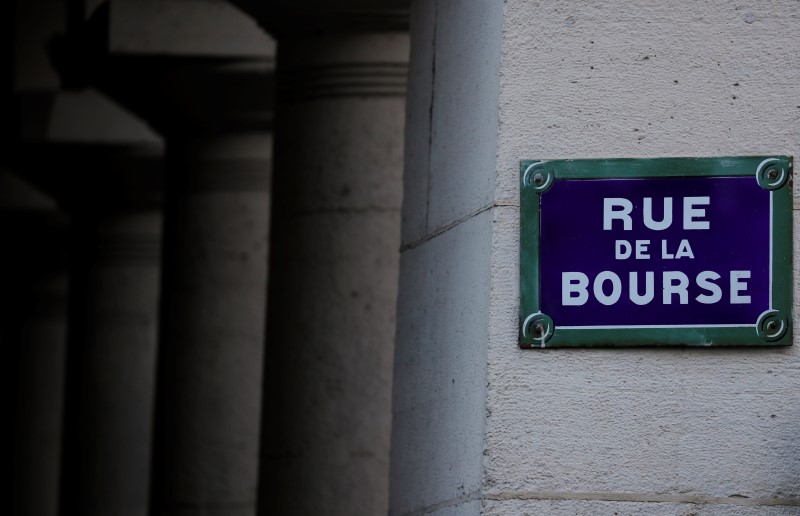 Investing.com — French President Emmanuel Macron has taken advantage of the Covid-19 pandemic to push through the business-friendly reforms he couldn’t manage in his first three years in office.

Despite being widely flagged for weeks, the 100 billion euro ($118 billion) stimulus package formally announced by the government on Thursday morning has breathed life into the French stock market, pushing the CAC 40 up by 1.8%.

What’s impressing investors is the fact that over one-third of the package – some 35 billion euros – is aimed at improving the structural competitiveness of French companies, in part by lightening their exceptionally heavy tax burden. The plan will cut taxes for manufacturers by some 20 billion euros over the next two years.

To protect himself against giving away too much to businesses, Macron has also allocated 15 billion to schemes training the young and retraining those who have lost their jobs during the pandemic. Prime Minister Jean Castex told national TV that the measures should create 160,000 jobs by the end of next year.

The plan is the first major stimulus to be announced in Europe since the EU passed its recovery fund earlier in the summer (France’s allocation from that fund will cover 40% of the costs of today’s plan).

The timing is opportune: the latest surveys released by consultancy IHS Markit earlier Thursday showed the recovery in the euro zone running out of steam as attempts to rescue the summer tourism season led to a second wave of infections across the continent. France, the world’s most visited country, has seen the sharpest rise in new Covid-19 cases after Spain, and its composite purchasing managers index fell sharply to 51.6 in August from 57.1 in July.

If the plan can put France’s economy back on a growth footing, then the chance of the CAC 40 closing a significant performance gap this year with Germany’s DAX improves substantially.

The CAC is still down over 14% year-to-date while the DAX has now made it across the gain line for 2020. To a degree, that’s down to the heavy index weightings of banks ( BNP Paribas SA (PA:BNPP), Credit Agricole SA (PA:CAGR) and Societe Generale SA (PA:SOGN) are all down over 30%) and aerospace (the CAC includes not just Airbus (PA:AIR) but Thales (PA:TCFP) and Safran (PA:SAF)). Other big cyclical names such as steelmaker ArcelorMittal SA (AS:MT) and advertising group Publicis (PA:PUBP) have also dragged.

The DAX itself, of course, is hardly short of cyclical names, and remember that France is Germany’s biggest trading partner, so anything that helps the French economy helps German exporters too. But if the rotation out of growth into cyclicals is sustained between now and year-end, then it is arguably the CAC that has the better chances for outperformance.