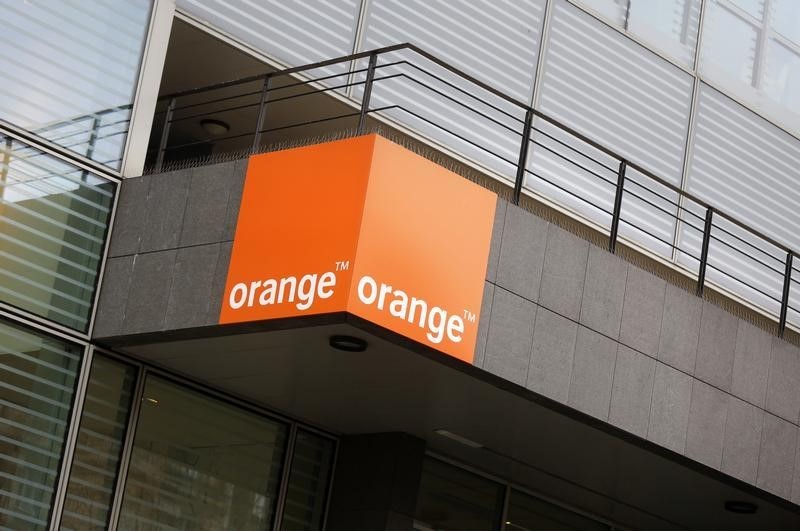 Orange had cut its 2019 dividend to 50 cents from a target of 70 cents per share in April. It told investors in July that they would be informed by the end of the year if the payout goal would return to the previous level for 2020.

Chief Executive Officer Stephane Richard said in an interview Sunday he would “personally” ensure a return to the target. “My objective is to return to 70 cents a share as soon as this year, and we totally have the means to do it.”

More broadly, he will continue to pare costs at the company. “We’re totally determined to be more ambitious on the matter, on cost optimization.”

A price war in France and weakness in Spain, its two biggest markets, and the need to continue investment in its networks has been weighing on the company’s shares for years. Orange started a program in December to monetize its infrastructure and cut costs.

When asked if Orange was planning job cuts, Richard said there is a constant plan to reduce staff in France, and referred to its broader strategy.

The company has been making few replacements for staff that are retiring, and Richard said “is this going to continue? Yes.” Personnel reductions would focus on support and non-operational units, he said. He declined to give a target on headcount, but reiterated that the company’s December plan would still achieve 1 billion euros ($1.4 billion) of planned savings by 2023.

“We have a job to do on that,” he said. “It’s part of the transformation.”

Orange has tended to say little on actions to reduce headcount as it faced a criminal trial linked to a wave of employee suicides more than a decade ago. Ex-CEO Didier Lombard was found guilty of harassment and using “forbidden” methods to carry out staff cuts.

The 28% slump in Orange shares this year, under performing peers, raised questions among analysts on whether the company will retain its place in the Stoxx 50 index.

The company’s second-quarter results presented a mixed picture. While Orange added a record number of fiber broadband customers in the period, a reflection of its heavy investment, travel bans hit revenue from roaming fees and store closures weighed on equipment sales.

Meanwhile, it faces competition from domestic rivals Altice Europe NV’s SFR, Iliad SA and Bouygues (PA:BOUY) SA as they catch up on fiber.

“There is some speculation that Orange could be excluded from the Stoxx50 and it weighs on the stock’s performance. But it’s not just that,” Alexandre Iatrides, an analyst at Oddo BHF, said Friday. “Orange benefited in the past two to three years from its advance in fiber. But its competitors caught up and very clearly accelerated.”

Richard took the CEO role at the company in 2011. A removal from the benchmark would be a blow as it could result in substantial selling pressure from investors and exchange-traded funds that track the index.

“We make money, we hand out dividends, we produce cash flow, we have sales that are holding up, as we are massacred on the stock market,” said Richard, speaking in his office in Paris. “The economic reality of the company is totally forgotten.”

He said Orange wants to capitalize on opportunities to monetize its infrastructure. It’s selling mobile phone towers in Spain to Cellnex Telecom SA, and will set up separate companies to house its other cellular towers while looking for partners to help with network rollouts in France and elsewhere in Europe.

December’s five-year plan indicated the Spanish tower company would be created this year. Richard said Sunday that it would be created and operational by the end of 2021. He also said he envisioned more combinations in this sector in the future.

“There is going to be some sort of consolidation on tower companies in Europe,” including between operators, and Orange has had some discussions about this. “We had exchanges with Deutsche Telekom AG (DE:DTEGn) and Vodafone Group (LON:VOD) Plc at some points, but they are not advanced at all.”

The virus-related confinement in France before the summer has delayed Orange Concessions, the project to monetize its French fiber infrastructure. Richard said Orange plans to find its financial partner for the dedicated vehicle in 2021, later than the end-2020 planned deadline. He said there is “a lot of appetite for these assets,” and said there could be two investors.

Amid the activity to make more out of Orange’s assets, he said the company’s share performance reflects a “disaffection” that has developed among investors regarding the industry. They also have a “a sentiment that the short operational perspectives of Orange are under performing other operators, and this comes essentially from two markets: France and Spain.”

He said there was reason for “optimism” for the company’s Spanish business in the third quarter. It remains under pressure from competitors including Masmovil on prices, though with its new management starting on Tuesday it can turn around the situation in the next 18 months, Richard said.

However, the levels also reflect that hedge funds have “played on an Orange exit,” he said. “They are massively shorting the stock.”

“‘I am violently opposed to these practices,” he said. “This isn’t the way financial markets should work because the economic reality of companies is totally forgotten.”