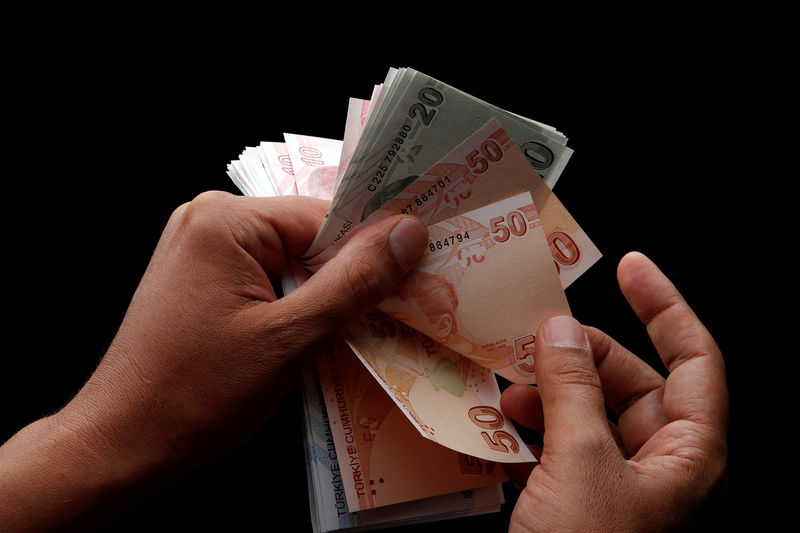 LONDON (Reuters) – Reserves are running out for several emerging markets as governments from Belize to Zambia use up their financial firepower to fight the coronavirus crisis.

The problem is particularly acute for those burning through reserves to tackle additional challenges, from sliding economies to a shortfall in commodity or oil revenues.

Among the larger emerging markets, Turkey stands out, having seen its gross foreign exchange reserves nearly halve this year as it sought to defend its currency.

But it is the smaller and riskier developing economies – so-called frontier markets – that are feeling the heat most: Lebanon, in the grip of a financial crisis, can only subsidise fuel, wheat and medicine for three more months. South Sudan, battered by years of conflict and corruption, has run out of foreign exchange reserves altogether. And warning lights are flashing in other countries from Bahrain to Zambia.

Below three graphics to assess financing strains in countries:

By traditional rules of thumb, reserves should cover the equivalent of three months of imports. By this measure, a host of emerging markets are in trouble or close to it.

With the focus shifting on countries’ exposure to international financial markets, much focus has been on looking at FX reserves in relation to short-term debt.

Ethiopia, Tajikistan, Belarus and Jordan all fall short of having enough reserves to cover debt coming due in the next 12 months. Turkey also finds itself high up on the list.

Covering various aspects of what reserves are used for – and how vulnerable countries are to shocks from all sides – reserve adequacy metrics should see countries score at least 100%.

Ecuador and Belarus both find themselves scoring much lower, while South Africa also falls short of crossing the threshold.

“For many of the countries the metrics are worsening,” said David Hauner, head of emerging markets cross-asset strategy for EMEA at Bank of America (NYSE:BAC) Global Research. “For frontier markets they are definitely low and that is why we have seen many of them turn to the IMF and there will probably be more to come.”