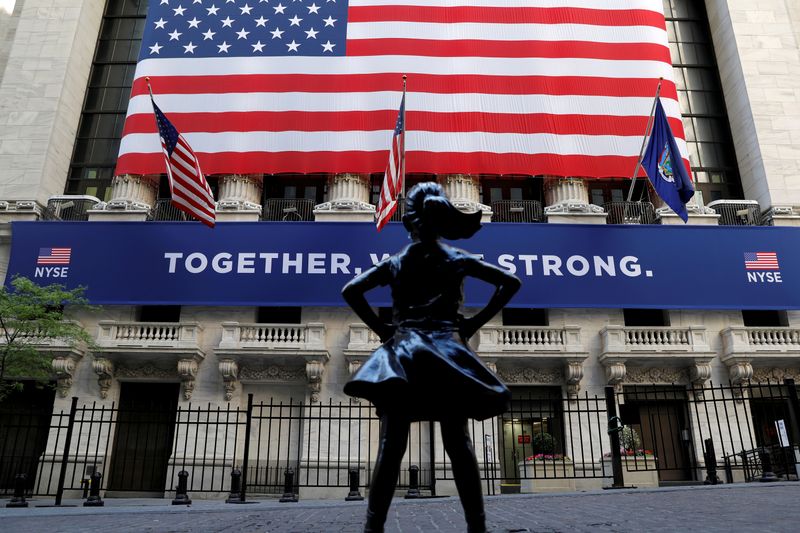 The S&P 500’s (SPX) record closing high on Tuesday confirmed that the coronavirus-fueled bear market of 2020 was by far the shortest ever.

Measured from the benchmark’s previous record high on Feb. 19 to its trough on March 23, the pandemic-induced bear market lasted a mere 33 days, compared to the median age of 302 days of 20 bear markets going back to the 1920s, according to Yardeni Research data.

By one commonly used definition, a new bull market in the S&P 500 began when the index bounced from its March 23 low, supported by trillions of dollars in stimulus from U.S. policymakers that boosted hopes of a recovery from the deepest economic downturn since the Great Depression.

Wall Street’s dramatic bounce over the next five months saw the S&P gain some about 55% in the face of widespread economic devastation and a resurgence of the coronavirus pandemic in parts of the United States.

In June, the Nasdaq became the first of the three major U.S. stock indexes to reclaim all-time highs, powered by gains in the shares of big technology-related companies that prospered during COVID-19 lockdowns, including Amazon.com Inc (O:AMZN) and Netflix Inc (O:NFLX).

Commonly defined as a drop of 20% or more from a peak, the S&P 500 has seen about a dozen bear markets, or near-bear markets since the late 1960s, in most cases accompanied by a recession.

While 2020’s bear market was the S&P 500’s shortest-lived, it still packed a punch. The index fell 34% from its February high to its March low, just slightly below its average bear market loss of 37%.

However, declines in the index’s most recent bear market were not as deep as its two previous downturns. The 2009 bear market following the financial crisis destroyed 57% of the S&P 500’s value, while the Wall Street slump in 2002 following the implosion of the dot-com bubble eliminated almost half of its value.