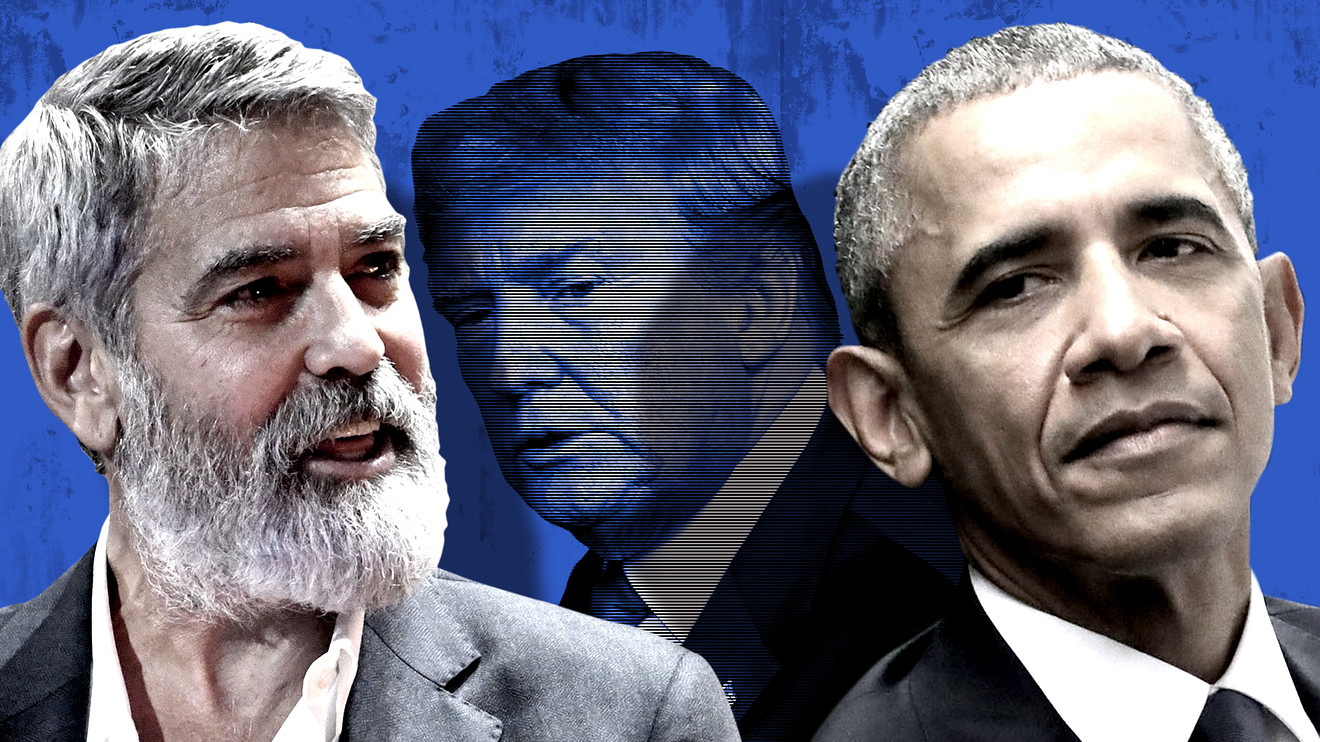 “ ‘It’s just glued to Fox News and Breitbart and Limbaugh and just this conservative echo chamber — and so, they’re going to turn out to vote. What he has unleashed and what he continues to try to tap into is the fears and anger and resentment of people who, in some cases, really are having a tough time and have seen their prospects, or communities where they left, declining. And Trump tries to tap into that and redirect in nativist, racist, sexist ways.’ ”

That’s Barack Obama talking about President Trump’s base in a recent Zoom Q&A session with J.B. Pritzker, the billionaire governor of Illinois, according to the New York Times.

He summed it up by saying the MAGA crew has a knack for filtering out “contradictory information.”

Obama has mostly avoided getting into a public spat with Trump since handing over the keys to the White House, but lately he’s been unleashing on the president in private sessions with party donors willing to fork over as much as $250,000 to sit in on virtual conversations.

The Times reported that these events, including a sold-out call with George Clooney earlier this week, have raised more than $24 million for the Joe Biden campaign in the past two months.

Obama, still probably the brightest star for the Democrats, has brought up Trump’s “assaulting women” among other allegations and also has expressed his concern about the state of American democracy, with an oblique reference to Nazi Germany.

In the session with Clooney, Obama said that fears of voter suppression and Trump’s clear attempt to throw doubt on the upcoming election’s legitimacy keep the former president up at night. This tweet from Trump on Thursday likely didn’t do much to ease those concerns:

Obama also claimed Trump is trying to distract from the pandemic with “his No. 1 priority” — Confederate monuments. He said it’s a menace that “gives you a sense of what this is about.”

Obama pointed to what those “darker impulses” have led to throughout history.

“The endpoint of that we saw in Europe 60 years ago, 70 years ago — what happens when those things get unleashed,” said Obama, according to notes cited by the Times. “You don’t nip that in the bud, bad things can happen. Among the most quote unquote civilized societies.”

Obama slammed Trump for “anti-Asian sentiment” regarding the coronavirus, which the president has referred to as the “kung flu” and “Chinese virus,” labels that have stuck with his base.

“That still shocks and pisses me off,” Obama said.

Biden, on the other hand, will make for a “great president,” according to Obama, who took donors to task for highlighting his shortcomings at a time when solidarity is critical.

“We have a worthy candidate and we have a worthy platform,” Mr. Obama said. “But you know what, let’s not be so sophisticated that we are constantly finding reasons why this isn’t good enough or the candidate’s not doing this or the campaign seems to not be getting that quite right.”

As for Trump, Obama’s message has been clear.

“We already saw this guy win once,” he said. “After he bragged about physically assaulting women — and that didn’t seem to matter. So, enough said. Let’s get to work.”

“Like, this is easy,” he said during his call with Obama. “There’s two candidates here. One claims that our first Black president wasn’t a citizen, and the other was his vice president.”