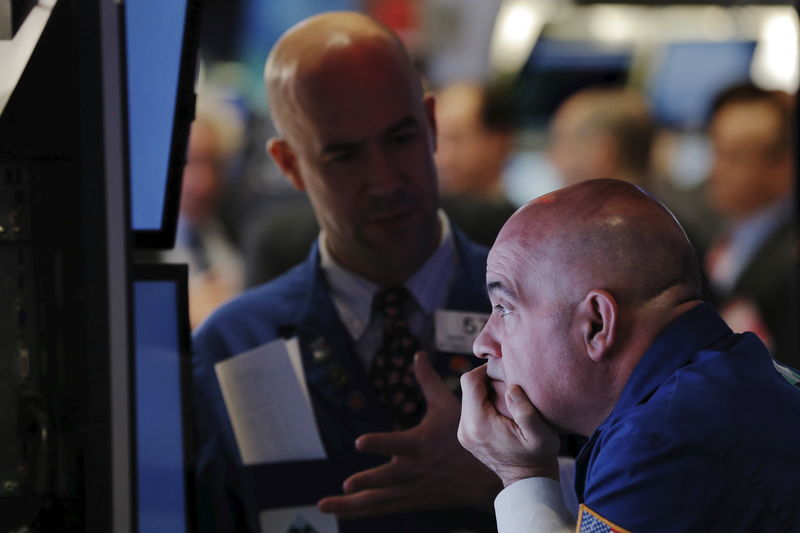 Investing.com –The Dow gave up gains on Tuesday as U.S. lawmakers cooled hopes that further stimulus would be rolled out quickly.

Senate Majority Leader Mitch McConnell reportedly said he does not expect that the bill, which includes new money for the paycheck protection program, and seeks to extend the program by at least six months, would be rolled out within the next two weeks.

The bill will also seek to reduce the current $600 per week bonus being included in unemployment benefits, and doubts remain over whether the payroll tax cut will be included.

With Congress set for a recess in August, time is running out for lawmakers on Capitol Hill to resolve their difference over the coronavirus aid bill.

The news on a lack of progress over a stimulus prompted investors to rein in their bullish bets, forcing the broader market to cut its earnings-infused gains.

Major Dow component Coca-Cola (NYSE:KO) reported second-quarter results that beat on the bottom line, but missed consensus estimates on the top-line, which the beverage and snacks maker blamed on the impact from the pandemic.

International Business Machines (NYSE:IBM), meanwhile, pared the bulk of its gains despite delivering second-quarter results above Wall Street expectations, underpinned by a contribution from Red Hat.

“(W)e think 2Q marks the trough for IBM and the renewed focus on LT growth (vs. NT profit) positions them well to emerge stronger post-COVID,” Credit Suisse (SIX:CSGN) said in a note as it upgraded its price target on the stock to $155 from $150.

Financials were also among the biggest gainers, with banks up sharply following their mostly bullish earnings last week.

The Chicago Fed Manufacturing Index rose to a reading of 4.11 from 2.61, topping economists’ forecast for a treading of 4.00. A reading below zero suggests below-trend growth in the economy and a sign of slowing inflation.

Coronavirus cases in the U.S. topped 3.8 million, with over 140,000 dead, according to Johns Hopkins.