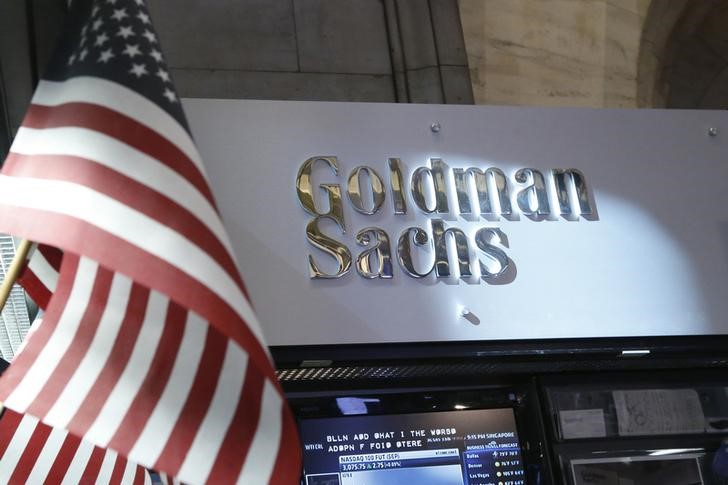 The vaccine “is more than a show stopper. It’s the ultimate recession stopper,” said Stephen Innes, markets strategist at AxiCorp.

Travel stocks have bounced strongly as hopes of a prompt vaccine delivery brings the idea of normalcy closer.

This optimism has overshadowed lingering Sino-U.S. tensions, with U.S. President Donald Trump signing – as expected – an order to end preferential economic treatment for Hong Kong. Confidence that the U.S.-China trade deal won’t break down completely was bolstered on Tuesday by news of China’s biggest ever purchase of U.S. corn.

In earnings news, Goldman Sachs stunned the market with its best trading results in years. Revenue was up 41% more than a year ago and the firm’s second highest quarterly revenue ever, with investment banking revenue a record $2.66 billion. Its stock rose 4% in premarket trade.

The bank set aside $1.59 billion for potential credit losses due to the coronavirus, a big figure but one that pales alongside the combined $28 billion rival banks JPMorgan (NYSE:JPM), Citigroup (NYSE:C) and Wells Fargo (NYSE:WFC) had set aside Tuesday.

There’s a lot of U.S. economic data later Wednesday, with industrial production and manufacturing output due at 9:15 AM ET. That’ll come after weekly data on mortgage applications at 7 AM and the New York Empire State manufacturing index at 8:30 AM.

Oil prices pushed higher Wednesday, helped by a sharp fall in U.S. crude inventories of 8.3 million barrels, according to data from industry group the American Petroleum Institute. Official numbers from the Energy Information Administration are due later Wednesday.