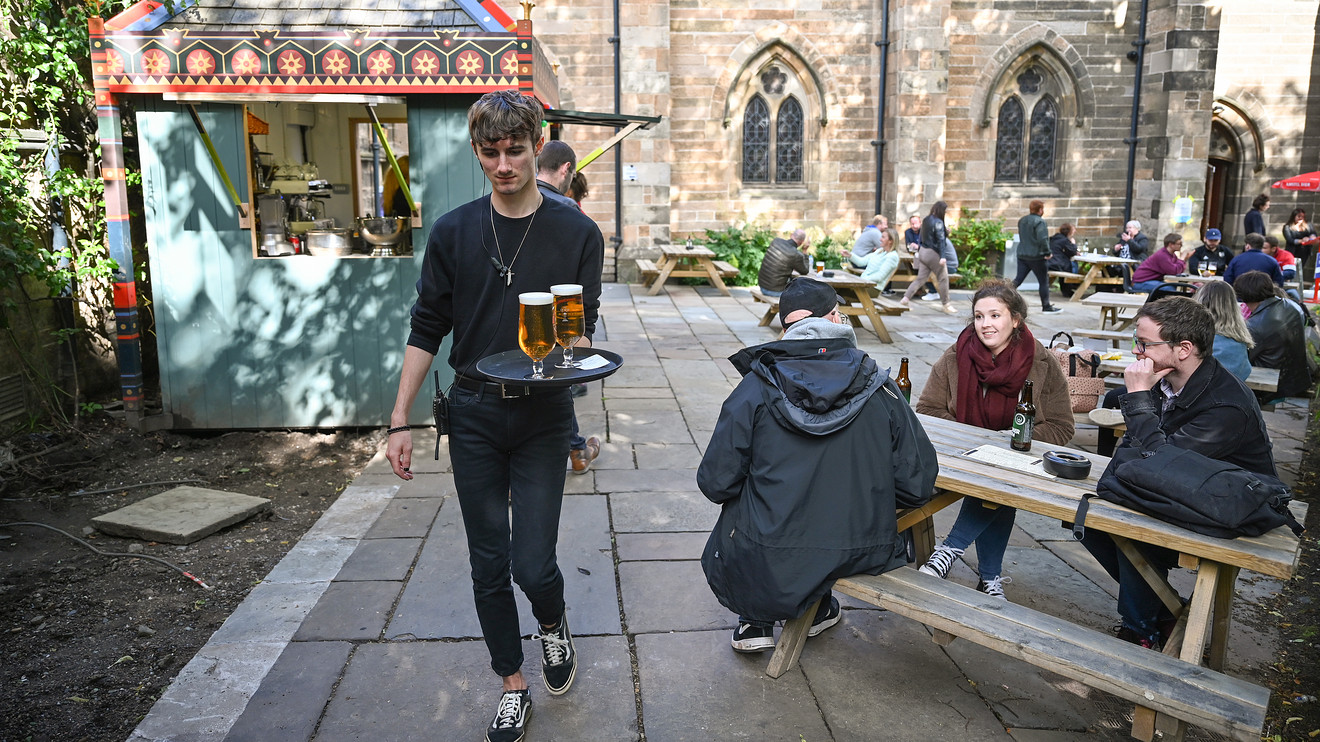 London stocks failed to get any lift from Chancellor Rishi Sunak’s budget message on Wednesday, described as disappointing by some, while banking giant HSBC PLC saw its stock fall sharply.

The FTSE 100 index UKX, -0.54% fell 0.4% to 6,165.44, while the pound jumped 0.4% $1.2592. Chancellor of the Exchequer Rishi Sunak unveiled a package of measures in his summer statement, which includes a £2 billion ($2.5 billion) youth employment program and incentives for businesses to bring back furloughed staff.

Sunak also announced a value-added tax cut and 50% meal discounts for every person in the U.K. to eat at restaurants during August. Pub chains like Mitchells & Butlers MAB, -9.40% and Marston’s PLC MARS, -4.98% started the day down around 5%, spiked about 1% on the VAT cut and food voucher news, then gave up gains, noted Neil Wilson, chief market analyst for Markets.com.

Those shares last traded down 7.5% and 5.5% respectively.

Wilson said the budget was “heavy on some old classics — goose the property market, plug some vague job-trainee-youth type scheme, cut VAT for a bit. But it had something new too: the eat out to help out scheme has the air of the kind of back-of-fag-packet policy idea dreamed up on the hoof by Ollie Reeder in “The Thick of It,” he said.

“I almost expected to hear the Chancellor announce more quiet carriages on intercity trains and a grant for buying kids wooden toys.”

But other stocks responded. Shares of home builder Persimmon PLC PSN, +0.87% rose 1% on plans to lift stamp-duty adjustment to the upper limit of £500,000 until the end of March.

The budget wasn’t enough to offer a distraction for investors from worries about spiraling U.S. COVID-19 cases and how that might slow a global economic recovery. London stocks tracked losses elsewhere, with European stocks down across the board.