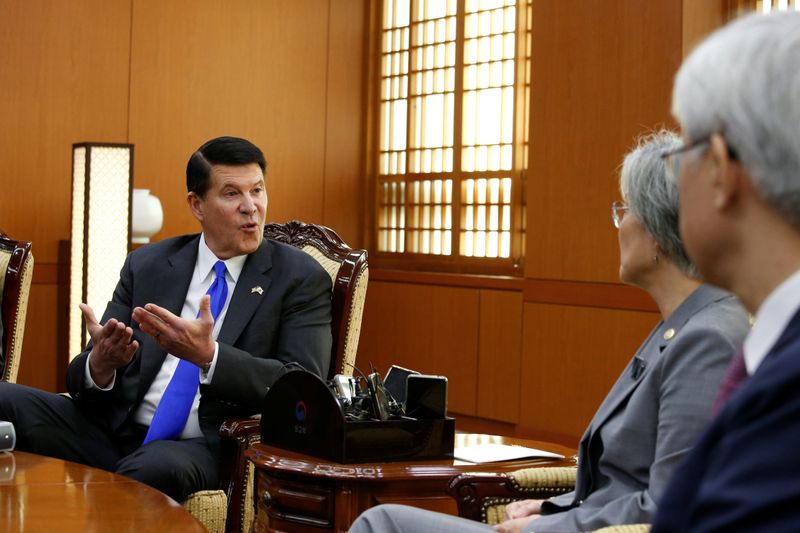 “It is critical that U.S. companies and individuals be aware of the large-scale human rights abuses perpetrated by the PRC government in Xinjiang,” Keith Krach, Undersecretary of State for economic growth, energy and the environment wrote on July 1.

“Businesses should evaluate their exposure to the risks that result from partnering with, investing in, and otherwise providing support to companies that operate in or are linked to Xinjiang,” he said in the letter which was sent to trade groups.

The United States is seeking to ratchet up pressure on China at a time of heightened tensions over that country’s treatment of Muslim Uighurs in Xinjiang and Beijing’s new national security law for Hong Kong.

On Wednesday, the U.S. government issued an advisory saying companies doing business in Xinjiang or with entities using Xinjiang labor could be exposed to “reputational, economic, and legal risks”.

The United Nations estimates that more than a million Muslims have been detained in camps in Xinjiang. China has denied mistreatment and says the camps provide vocational training and help fight extremism.

“Some people in the U.S. keep on saying they care about ethnic minorities in Xinjiang while also taking all kinds of measures to oppress Xinjiang companies,” he said at a daily news conference in Beijing.

He said this showed their hypocrisy and desire to suppress Xinjiang’s development.

In a call with reporters, Krach said the complex nature of supply chains was making companies vulnerable to potential risks and urged them to be more vigilant. He did not say how many U.S. companies might have been entangled in such supply chains.