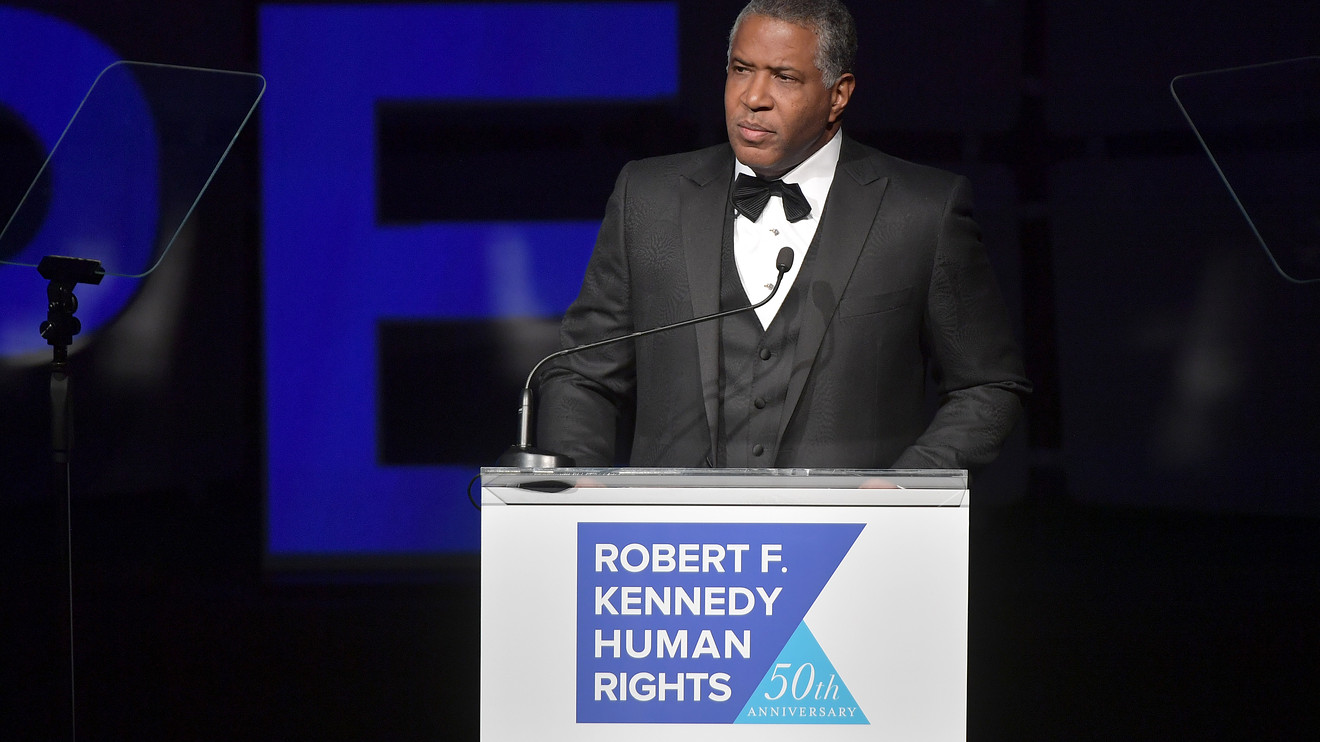 Last year, billionaire Robert Smith shocked roughly 400 graduates of Morehouse College (and the world) when he announced that he would pay off their student debt.

Now, he’s back with an initiative he says will address the challenges Black student-loan borrowers face on a broader scale. The through nonprofit, called the Student Freedom Initiative, Smith is aiming to “create a sustainable, pay-it-forward model,” for funding higher education, he told TIME in an interview.

Smith plans to do this by helping students pay for college through what SFI calls income-contingent funding. Essentially, a participant would agree to repay the money as a percentage of their income over a certain period of time.

The organization is still in the process of determining the terms of the financing, which will be offered initially to juniors and seniors studying science, technology, engineering and math at 11 Historically Black Colleges and Universities starting in fall 2021.

Consumer advocates are watching the rollout of the initiative closely as they worry the product could look like some they’ve found troubling in the student-finance industry.

“The potential for this type of funding mechanism to have a role to play in reducing the racial disparities when it comes to student loans — it truly will come down to the details of who has access to it, and what their experiences are in repayment,” said Dominique Baker, an education-policy professor at Southern Methodist University.

Watching for similarities to income-share agreements

In particular, consumer advocates are concerned that SFI’s program appears to share some features with income-share agreements. These deals, which are becoming increasingly prevalent at universities across the country, allow borrowers to finance their tuition by pledging a percentage of their future earnings.

Advocates and some prominent lawmakers have criticized the organizations offering ISAs for being vague about their terms, putting students at risk of paying more than what they might under a traditional loan and trapping borrowers in debt for a long period of time. They’ve also said that ISAs run the risk of discriminating against certain types of borrowers by tailoring the terms of the financing to students’ area of study.

Though SFI hasn’t announced much about the terms of the product they plan to offer, those working on its design say it will differ from ISAs in key ways.

For one, everyone who is eligible to participate in the program will have the same terms; there won’t be different income percentages or periods of repayment for different majors, said Michael Stynes, the chief executive officer of the Jain Family Institute, a nonprofit research organization. The institute, which is partnering with SFI on the design of the program, has also provided expertise to ISA funds and income-contingent financing initiatives.

In addition, a participant’s cost will never be higher than the cost of a Parent PLUS loan or private loan as measured by the annual percentage rate or APR, Stynes said. In some ISAs, the APR participants pay can vary and often be quite high depending on their salary. During periods where participants aren’t earning income, they won’t be required to make payments, including for the entire duration of the contract, Stynes said.

“It keeps a lot of the downside protection,” of ISAs, said Stynes, “but doesn’t have nearly as much upside risk for students.”

Consumer advocates say they’ll be watching to see how SFI approaches some of the thornier issues associated with ISAs. These include questions like: How will borrowers’ income be evaluated for purposes of deciding how much they repay? How much discretionary income will a borrower whose earnings are low be left with under the terms of the agreement? How long will the repayment term be? Who will SFI hire to collect payments from borrowers? Since this product would be a complement to federal student loans, would there be a scenario in which a borrower is eligible to pay nothing on their federal loan, but still has to pay towards their SFI obligation?

Joanna Darcus, a staff attorney at the National Consumer Law Center, has criticized ISAs for failing to disclose the full cost and risks of their products to students and for skirting existing consumer protection laws governing loans by defining their products differently. Darcus said there is still time before SFI begins backing students for its product to steer clear of these issues, adding she’s eager to see its terms.

“In these situations the terms and the fine print always matter,” Darcus said. “Particularly when a product is targeted at serving a particular community or communities, as consumer advocates, we must focus on ensuring that we look to see whether that product actually delivers value and is likely to promote prosperity for the people it claims to serve.”

SFI’s aim is to help mitigate the student-debt crisis among Black borrowers, who struggle disproportionately with student loans thanks to generations of wealth inequality and discriminatory practices.

The gulf in wealth between Black and white families means that Black students have less of a cushion to draw from when paying for college and so they typically need to borrow more. In addition, thanks to inequalities in the kindergarten through 12th grade education system and the college admissions process, Black students have historically had limited access to the wealthy institutions that can afford to offer generous financial aid.

Instead, the schools they disproportionately attend, including HBCUs, have fewer resources available to provide financial aid to students. Finally, when Black students graduate, they can face well-documented discrimination in the labor market, which means they have less money to use to repay their student loans.

SFI’s goal with its program is to help address some of these issues. Because Black families often need financing for college that extends beyond the maximum available from federal student loans, they’re forced to turn to other, riskier products. Parent PLUS loans have higher interest rates than federal student loans and they offer very limited flexibility in repayment. Private loans operate similarly.

Research indicates that where Parent PLUS loans are often used as a tool to provide some liquidity for middle and upper-middle class white families, for Black families they can be the only option available for a household with less wealth. SFI is hoping to relieve that burden with its product.

SFI and its backers are confident they have developed a structure for the fund backing students that will offer attractive terms for participants and be self-sustaining, Stynes said. The program has received a $50 million pledge from the Fund II Foundation, a charitable organization of which Smith is president, and supporters are committed to raising $500 million more by the end of this year. The idea is that the fund will be able to sustain itself and even scale up to offer backing to STEM students at all HBCUs through efficient access to capital markets and payments from participants.

So far, the only large-scale fixes to the Black student-loan crisis have come from private philanthropy. That it’s too expensive to make college and student debt affordable for Black students and families unconditionally, “shows the limitations of relying on private solutions to what is fundamentally a public policy problem,” said Ben Miller, the vice president, postsecondary education at the Center for American Progress, a left-leaning think tank.

Despite SFI’s confidence, Miller said he’s not sure how much room there is between offering students a good deal and creating a product that can make enough money to at least keep the fund sustaining itself. If it is possible, Miller said he wonders then who the product will be able to serve.

“You can replace unaffordable debt with slightly more affordable debt,” Miller said. “But you still have the policy problem and I don’t think there’s a private sector solution to that.”