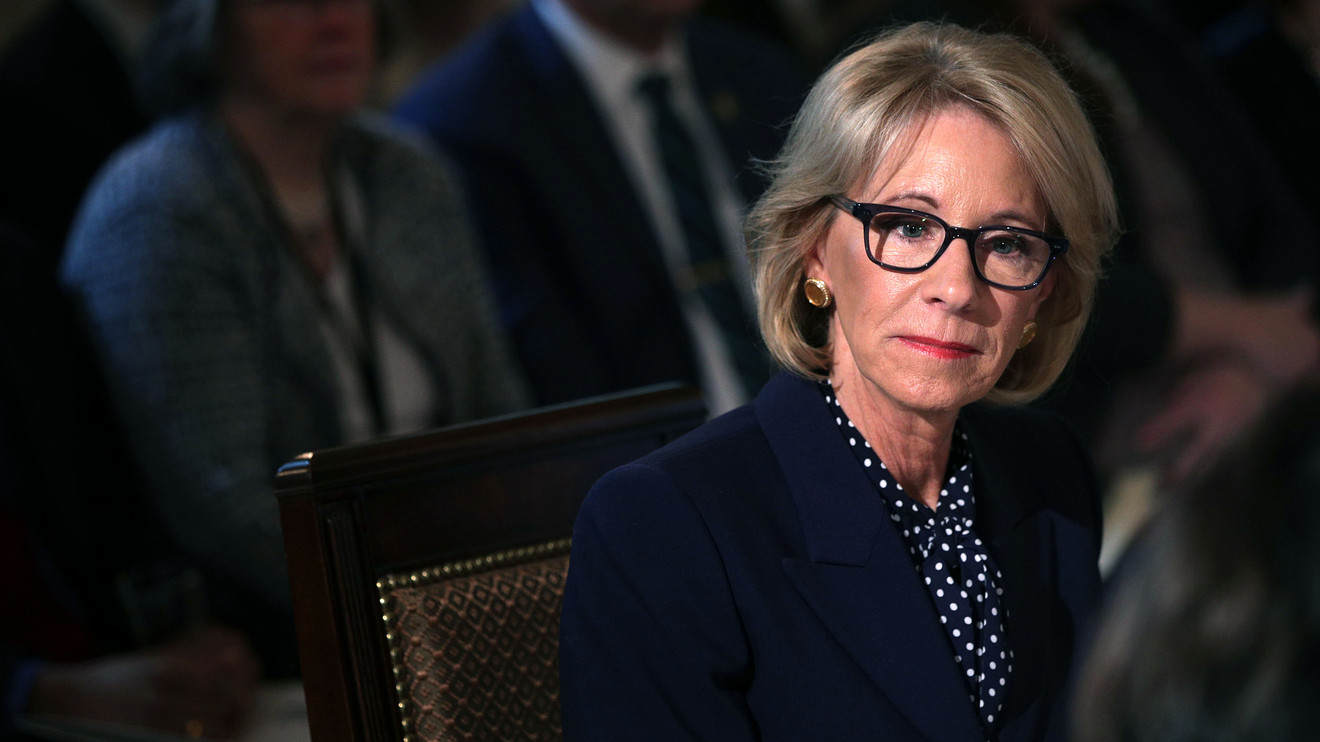 During most of the Trump administration’s tenure, the U.S. Department of Education, led by Betsy DeVos, has worked to limit student debt cancellation for borrowers who say they were scammed by their schools.

The agency scored a win in that effort Friday, when Democrats failed to muster enough votes to override President Trump’s veto of a bill that would have overturned the Department’s approach to student debt cancellation under what’s known as the “borrower defense” rule.

But that same day, a court endorsed these borrowers’ rights to have their debt forgiven under the law. A judge ordered DeVos to cancel the debt of 7,200 former for-profit college students in Massachusetts who had applied for relief under the rule.

“No matter what the administration is doing, or arguing, or saying, people have rights and they can get those rights recognized in court,” said Toby Merrill, the director of Harvard Law School’s Project on Predatory Student Lending, which represented the borrowers in Massachusetts. “The Department can try and shut down the concept of people having a right to discharge these bogus debts, but it can’t actually erase the truth of that.”

Angela Morabito, a Department spokeswoman, wrote in an email that the agency is reviewing the judge’s opinion.

The borrowers now eligible to have their debts cancelled attended Massachusetts campuses’ of Corinthian Colleges, a for-profit college chain that collapsed in 2015 amid allegations the school used inflated job placement and graduation rates to lure students into taking on debt for degrees with little value in the labor market.

Corinthian allegedly targeted women of color specifically in its recruiting efforts, according to Merrill. Some 80% of the school’s students were women and three-quarters of their students in Massachusetts were black or Latinx, he said.

“It’s not a neutral policy to ignore these fraudulent debts,” Merrill said. “It has a disparate impact on Black communities and reinforces and exacerbates existing inequalities.”

Friday’s events were the latest developments in the battle over the borrower defense rule. Though on the books since the 1990s, the rule was rarely used until 2015 in the wake of the fall of Corinthian. Former students at Corinthian and other for-profit colleges, organized by activists, began flooding the Department with claims for debt relief. In response to that pressure, the Obama administration created a streamlined process in 2016 that borrowers could use to apply to have their debt discharged.

Under DeVos, the Department heightened the burden of proof for borrowers seeking debt cancellation under the law. For example, the agency requires former students to prove they’d been harmed financially by their school’s actions. Consumer advocates have said the DeVos version of the rule makes it difficult for borrowers who were harmed by their schools to get relief.

The DeVos-era Department of Education and its supporters have argued that their version of the rule would correct the “overreach” by the Obama administration and save taxpayers $11 billion over the next 10 years.

Consumer advocates, state officials and lawmakers have challenged the Trump administration’s approach to the rule both in court through several lawsuits — including the one that resulted in a judgment for relief Friday — and through Congressional and state-level actions.

Earlier this year, Congress passed a bipartisan bill that would have overturned the agency’s version of the rule. Trump vetoed the bill and on Friday, Democrats failed to gather enough votes to override the veto.