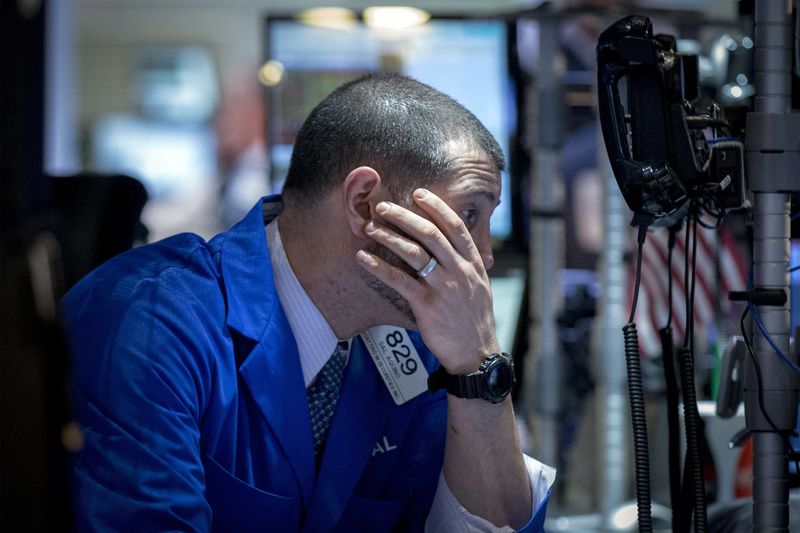 Investing.com –  The Nasdaq closed lower for the first time in nine days on Wednesday as rising Covid-19 infections sparked concerns that some U.S. states could be forced to unwind or slow measures to reopen businesses, threatening the pace of the economic recovery.

With more than half of all U.S. states reporting a rise in new coronavirus cases, with some breaking daily records, parts of the country are taking measures to contain the spread of the virus that threatens to undo some of the recent progress on reopening the economy.

New York, New Jersey, and Connecticut, where the rate of infections has slowed, will require visitors from states with increasing numbers of infections to self-isolate for 14 days, N.Y. Governor Andrew Cuomo said on Wednesday.

Other states have also suggested that restrictions could be reimposed to contain the outbreak.

California Governor Gavin Newsom said he was prepared to reinforce stringent coronavirus restrictions to contain the surge in infections in the state, which reported more than 5,000 new cases on Tuesday, the highest number reported in a single day since the pandemic began.

Disney (NYSE:DIS) fell 3.8% after its theme park workers urged the company to delay the reopening following the uptick in coronavirus cases in Florida.

Energy led the decline in the broader market, paced by a slump in oil prices on fears the uptick in infections would slow the economy once more and hurt the usual a pick-up in demand seen during the summer months. The fall in oil prices was also exacerbated by a larger than unexpected build in U.S. weekly crude inventories, adding to concerns about the glut in supplies.

The reopening trade – bullish bets on stocks tied to the progress of the economic reopening – was shunned, with travel and tourism stocks down sharply.

Tech, which has weathered much of the virus-led wobbles in the market since March lows, fell out favor, with FAANG stocks in the red.

Apple said it would temporarily reclose stores in Houston in the wake of rising Covid-19 infections.

Dell Technologies (NYSE:DELL), meanwhile, sidestepped the selloff, rising 8.4%, following reports that it was exploring options to sell its $50 billion stake in VMware (NYSE:VMW).

Trade concerns also hurt investor sentiment in reports that the U.S. is considering new tariffs on $3.1 billion of exports from France, Germany, Spain and the U.K.