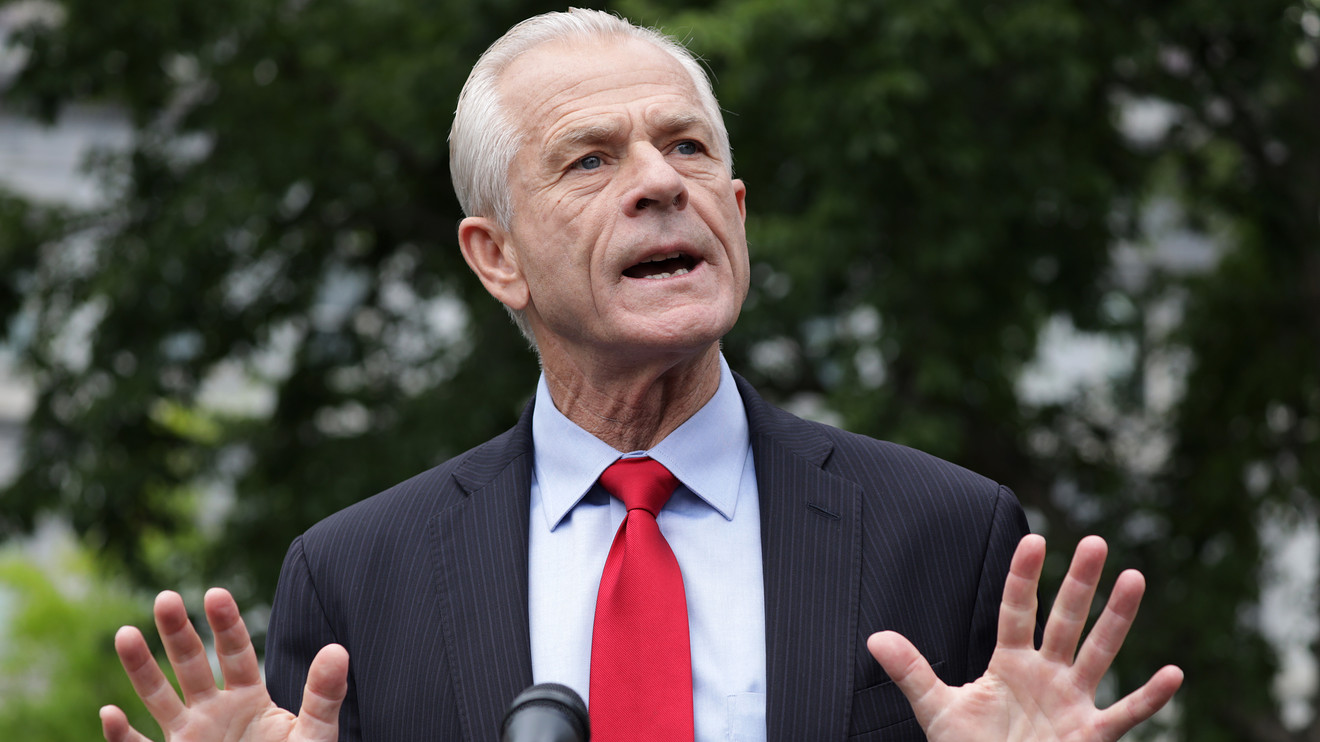 U.S. stock-index futures Monday night briefly skidded by more than 400 points, after White House trade adviser Peter Navarro implied to Fox News in a late-Monday interview that a hard-fought trade agreement that was signed with China in January had been terminated by President Donald Trump.

Later, Navarro said his comments were taken out of context and the phase-one pact remained in force. Trump also tweeted that the agreement was intact.

Markets got a jolt of late-night volatility after Navarro, in a Monday evening interview on Fox News, said the China trade deal was over, citing unnamed intelligence officials that allegedly point to a Wuhan laboratory as the source of the novel strain of coronavirus that results in COVID-19.

“Here’s the turning point,” Navarro told Fox host Martha MacCallum on “The Story.” “They came here on January 15th to sign that trade deal, and that was a full two months after they knew the virus was out and about,” he said.

Here’s an excerpt of the exchange on Fox:

Later, Navarro said that his comments were “taken wildly out of context.” They had nothing at all to do with the phase-one trade deal, which continues in place, he told the Wall Street Journal. “I was simply speaking to the lack of trust we now have of the Chinese Communist Party after they lied about the origins of the China virus and foisted a pandemic upon the world,” he was quoted as saying.

“Hopefully they will live up to the terms of the agreement!” he wrote.

The Trump administration has long blamed China of mishandling the COVID-19 outbreak.

The rising tensions between China and the U.S. follows Trump referring to the virus that was first identified in Wuhan, China in December as the “Kung flu,” during a Saturday rally in Tulsa, Okla., publicly using a term that the White House had previously distanced itself from and one that is viewed as a racial slur against the Chinese community and Asians broadly.

Last Thursday, Trump also said the U.S. has the option of “a complete decoupling from China,” a day after Secretary of State Mike Pompeo visited with a top Chinese official in Hawaii to smooth out differences.

A report from Bloomberg on Friday had indicated that China planned to step up purchases of U.S. soybeans, corn and ethanol in line with a U.S. phase-one trade deal, citing unnamed sources familiar with the discussions.