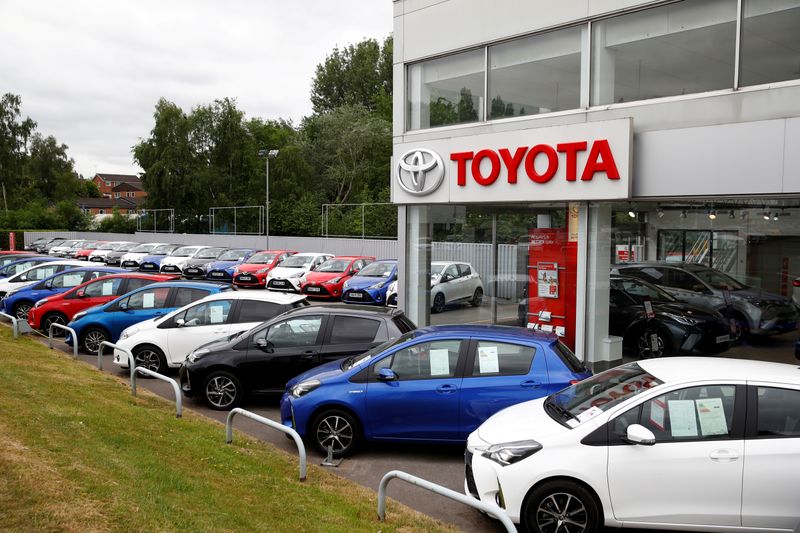 The Japanese automaker said it planned to make 71,000 fewer vehicles globally in July than its original goal of about 700,000. While production has yet to return to normal, the July reduction is smaller than the 20% output cut for June.

“We expect the recovery trend to continue in August,” a spokesman said.

Global automakers are trying to get their plants back up and running after many were closed earlier this year to curb the spread of the virus.

For the April-July period, Toyota anticipates a global production drop of 30% from its initial plans, made before the virus outbreak and a plunge in demand for vehicles.

At home, Toyota plans to make 39,000 fewer vehicles in July, or 10% less than initially planned.

It will stop making its Coaster minibus model for six days, while lines producing the Land Cruiser and Prado SUV models, and the Porte subcompact, will stop for two days. These adjustments will affect six production lines at three of the automaker’s plants.

Second shifts at some of these plants will remain cancelled, potentially until September. In total, Toyota operates 28 production lines at 15 vehicle factories in Japan.

Toyota will also cancel some Saturday shifts next month on four lines that produce models including its popular RAV4 SUV crossover model and the Prius gasoline hybrid, many of which are exported overseas.