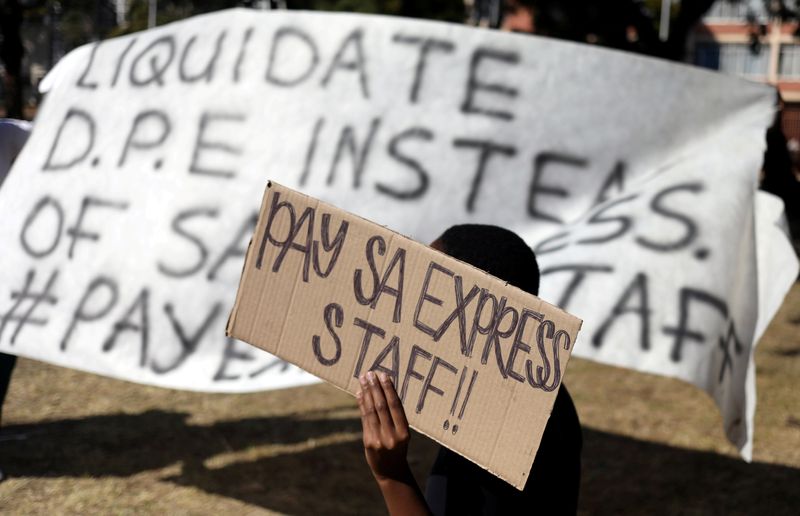 SA Express, a different business to national flag carrier South African Airways, was placed under provisional liquidation in April after its administrators said they could not secure funding for turnaround efforts.

But lawyers for the airline’s administrators asked the High Court to delay a hearing on whether it should be finally liquidated, citing a letter from the state enterprises ministry that referred to an allocation of 164 million rand ($10 million) in the fiscal year that began in April, subject to certain conditions.

The lawyers said this was a sign that the “government is contemplating a form of ‘restart’ for the operations of the airline” and that delaying the hearing would allow “national executives to roll out proper plans”.

The request to delay the hearing was supported by the provisional liquidators, who said they needed more time to study the airline’s affairs, as well as trade unions and creditors.

SA Express flew to domestic and regional destinations, but it suspended operations in March as the COVID-19 pandemic compounded its financial difficulties. It has not paid salaries since February, prompting some of its employees to protest in recent days.

South African Airways is also under a form of bankruptcy protection and fighting for its survival.