Home
Stocks
Economic Report: Nearly 10 million people lost their jobs in April due to coronavirus, new report shows
Prev Article Next Article
This post was originally published on this site 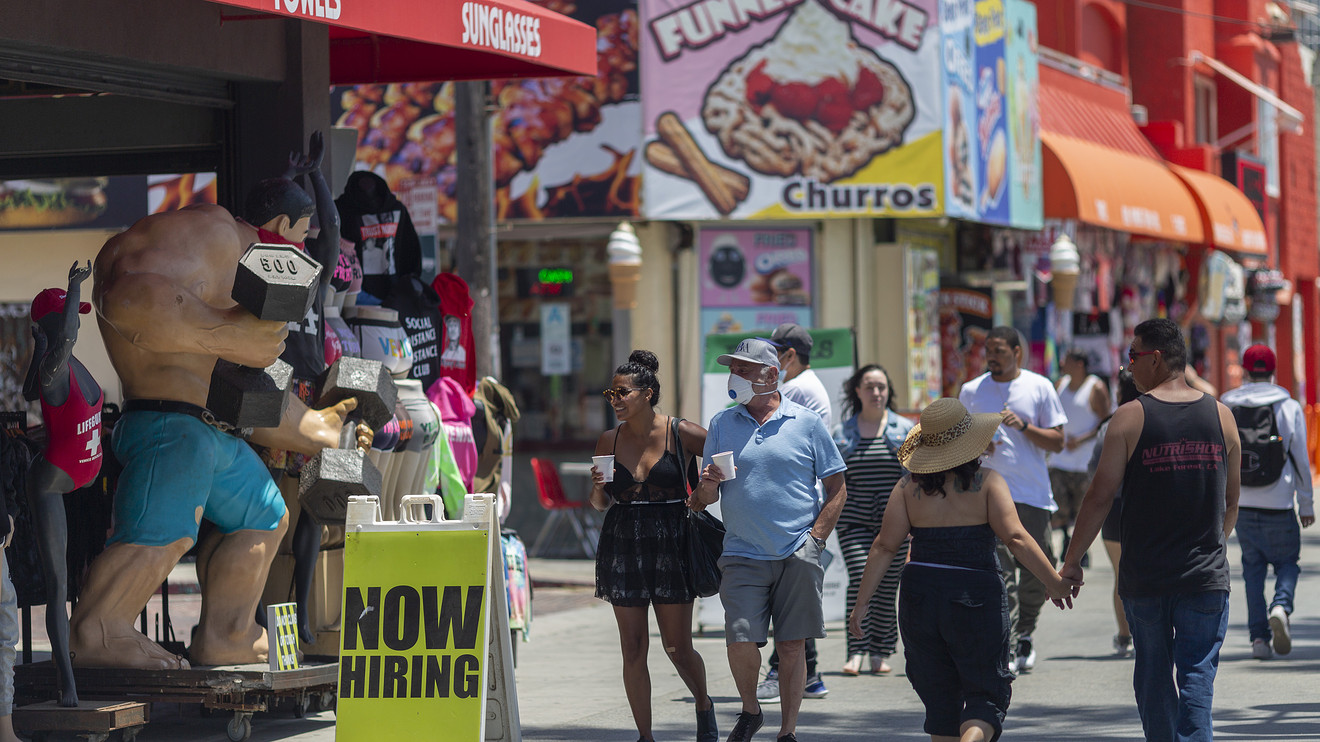 The numbers: Nearly 10 million people lost their jobs in April after a record 14.6 million were thrown out of work in March, a government report shows, underscoring the widespread devastation to the U.S. labor market from the coronavirus.

The unprecedented back-to-back increases in people losing their jobs in March and April reflects the cumulative damage of a nationwide economic shutdown as the U.S. tried to stop the spread of COVID-19.

The labor market began to recover in May and layoffs are dwindling, but so far it’s been slow going. More than 20 million Americans are receiving jobless benefits and it may be awhile before most return to work.

Job openings also fell to 5 million in April from 6 million in the prior month, according to a Labor Department report that’s released with a one-month delay.

Yet even that figure overstates how many companies are willing to add workers. The number of people hired in April fell to the lowest level on record at 3.5 million. The government began keeping track in 2000.

Before the pandemic, job openings were running well above 7 million and had hit a record high.

What happened: Hotels and restaurants cut 1.75 million jobs in April as they coped with stay-at-home orders that kept customers away. In March and April, some 6.5 million people lost their jobs in those two industries alone.

Job losses were also heavy in health care and professional and business services.

Job openings fell in most segments of the economy.

The share of people who left jobs on their own, known as the quits rate, sank to 1.5% among private-sector employees. That’s less than half a recent peak of 3.2% less than one year ago.

Few people were willing quit a secure or semi-secure job in the midst of a once-in-a-century pandemic.

The big picture: The coronavirus turned a extremely tight labor market virtually overnight into a jobs wasteland. More than 20 million people were laid off or furloughed at least temporarily and it’s still unclear how many will be able to return to their old jobs.

How quickly consumers go back to their old ways, businesses starting turning profits again, and the labor market revives will determine whether the economy springs back to life quickly or endures a long recovery. Most economists predict a return to normal could take several years.

Read:U.S. entered recession in February after end of longest expansion in history

What they are saying? “We may continue to see elevated rates of layoffs and job cuts continue to spread to other sectors, but the tidal wave of layoffs appears to be behind us,” said Nick Bunker, director of research at Indeed Hiring Lab.

Market reaction: The Dow Jones Industrial Average DJIA, -0.54% and S&P 500 SPX, -0.55% fell in Tuesday trades, interrupting a recent string of increases that have recouped most of the losses early in the pandemic.