Home
Stocks
Key Words: John Oliver explains ‘defund the police’ — and why it doesn’t mean ‘no police’
Prev Article Next Article
This post was originally published on this site 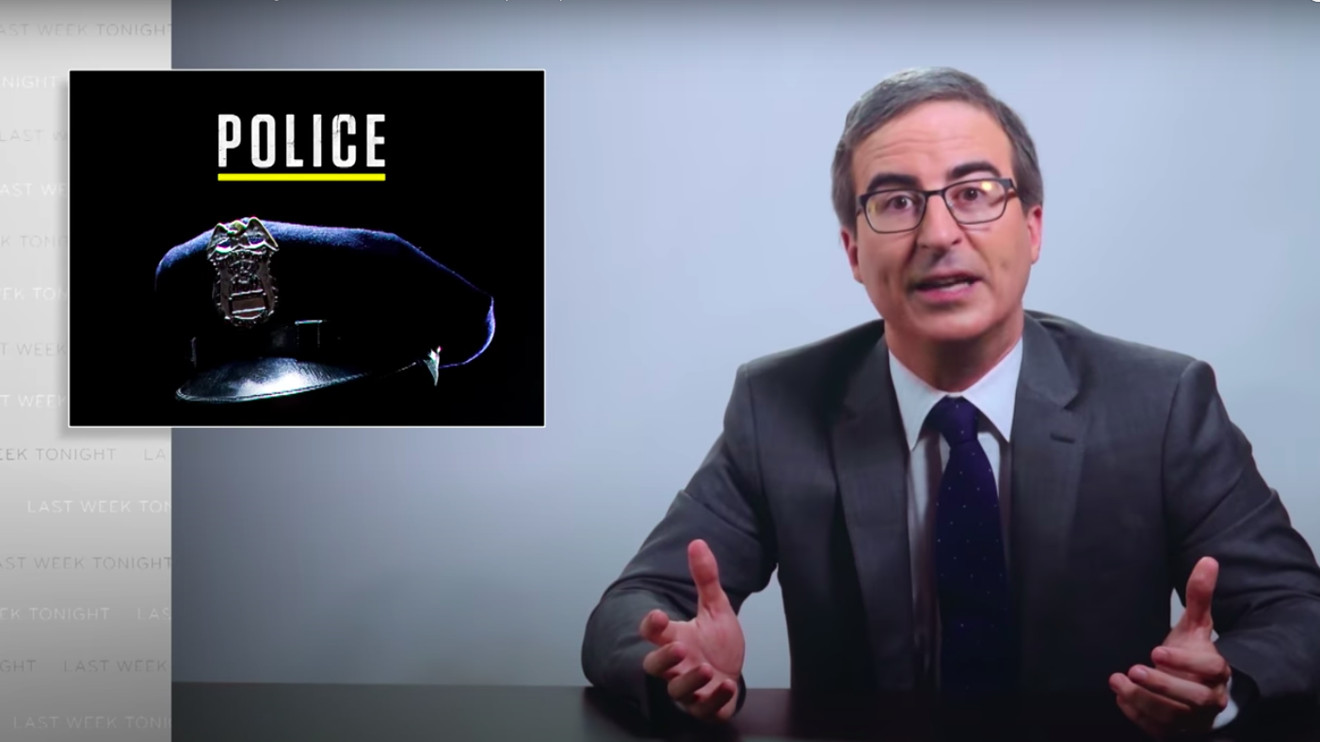 In the two weeks since George Floyd died after a Minneapolis police officer put his knee on his neck for almost nine minutes, many of the people protesting systemic racial injustice and police brutality across the country have called to “defund the police” as a possible solution.

While both President Donald Trump and former Vice President Joe Biden argued against defunding the police on Monday, some lawmakers and political leaders are considering the controversial measure. Minneapolis City Council members vowed to “dismantle” the local police department on Saturday, in order to “recreate systems that actually keep us safe.” New York City mayor Bill de Blasio pledged on Sunday to cut some money from the NYPD’s $6 billion budget, and redistribute funds to youth services and social services. Details will be hammered out over the next three weeks ahead of the city’s July 1 budget deadline.

But critics such as Fox News host Tucker Carlson have reacted with alarm, saying that cutting police department budgets across the country would mean “thugs are in charge.” White House Press Secretary Kayleigh McEnany said that “the President is appalled by the ‘defund the police’ movement.” And his presumptive Democratic rival for the Oval Office also “does not believe that police should be defunded,” according to a statement released by Biden’s communications director. The president also tweeted against the idea on Monday, adding, “The Radical Left Democrats have gone crazy!”

And there appears to be a lot of confusion over what purpose taking funds away from local law enforcement agencies serves. “Defund the police. No more cops. That’s what they’re fighting for,” Carlson also said on his show recently.

So John Oliver devoted his entire Sunday night episode of “Last Week Tonight” on HBO T, +1.40% to talking about the police, noting that the disturbing images of police brutality, and incidents of peaceful protests devolving into violence, are just “the tip of a very large iceberg.”

He continued, “It didn’t start this week, or with this president, and always disproportionately falls on black communities.” And Oliver addressed three key questions: How things got to this point; what the obstacles to reform have been; and what to do going forward.

“ “All the while, as we were continuing to boost funding for police and give them more authority, we were simultaneously slashing spending on key social services.” ”

He outlined law enforcement’s history of enforcing laws “explicitly designed to subjugate black people,” beginning with capturing escaped slaves, as well as the Jim Crow laws that enforced segregation after Emancipation, leading up to the War on Drugs, “broken windows” policing and “stop-and-frisk” policies that disproportionately targeted people of color. Oliver also noted that Democrats including former President Bill Clinton — whose 1993 new cops plan used federal money to pay for 100,000 new police officers — were involved in this.

“All the while, as we were continuing to boost funding for police and give them more authority, we were simultaneously slashing spending on key social services,” Oliver said. “That meant that in many communities, the police were the only ones left to handle almost any issue that people had, which is a real problem … we are asking police to do far too much.”

Oliver argued that taking some money from a police department’s budget, and using it to create more affordable housing, or to fund mental health services, would create a community safety net better suited to respond to situations such as someone having a mental health crisis in public, rather than an armed officer. The police could then focus on more serious crimes.

“The concept is that the role of the police can then significantly shrink because they are not responding to the homeless, or to mental health calls, or arresting children in schools, or really any other situation where the best solution is not someone showing up with a gun,” Oliver said. “That is the idea behind ‘defund the police,’ if you actually listen to it.”

“ “Defunding the police absolutely does not mean that we eliminate all cops and just succumb to ‘The Purge.’ Instead, it’s about moving away from a narrow conception of public safety that relies on policing and punishment, and investing in a community’s actual safety net. Things like stable housing, mental health services and community organizations.” ”

He also dispelled the idea these episodes of police brutality are an issue of “a few bad actors,” stating, “This clearly isn’t about individual officers. It’s about a structure built on systemic racism that this country created intentionally, and now needs to be dismantled intentionally and replaced with one that takes into account the needs of the people that it actually serves.”

“Black communities have had to be perpetual activists while also routinely being disenfranchised, and it is long past time that the rest of us joined to make sure that their voices are heard and acted upon,” he added. “Because it’s gonna be far too easy for nothing to meaningfully change here. That is what has always happened before.”

Watch it here. The segment on defunding police begins roughly 25 minutes in.

As for the presidential candidates’ responses to the issue, the White House press secretary said that Trump is “talking through a number of proposals; no announcements on that. But he definitely, as he’s noted, recognizes the horrid injustice done to George Floyd, and is taking a look at various proposals.”

Biden’s spokesperson Andrew Bates released a statement explaining that while Biden “hears and shares the deep grief and frustration of those calling out for change,” he does not believe police should be defunded. He supports reform such as “funding for public schools, summer programs, mental health and substance abuse treatment separate from funding for policing — so that officers can focus on the job of policing.”