Home
Market
Trade war tradeoff: How a Missouri town got America’s dirtiest air
Prev Article Next Article
This post was originally published on this sitehttps://i-invdn-com.akamaized.net/trkd-images/LYNXMPEG510Y3_L.jpg 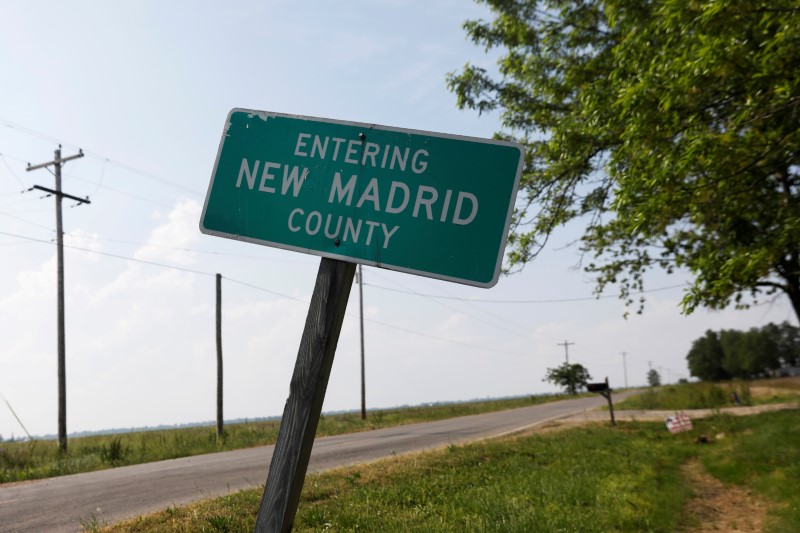 MARSTON, Missouri (Reuters) – The residents of New Madrid County cheered in 2018 when a bankrupt aluminum smelter that rises over the Missouri region’s vast farm fields restarted operations and hiring, thanks to aluminum tariffs levied in President Donald Trump’s trade war.

The smelter reclaimed its place as one of New Madrid’s biggest employers, with more than 500 workers. But the resurrection has come at a cost.

The soot pouring out of its smokestacks last year consistently produced the dirtiest air recorded in America, according to a Reuters review of pollution monitor data from the U.S. Environmental Protection Agency. (For a graphic on the pollution from the smelter’s smokestacks, see https://tmsnrt.rs/2ZUAbrT )

The unhealthy air underscores the tension between industrial development and the environment as the Trump administration rolls back regulations on drilling, mining and manufacturing to boost the economy.

Charles Reali – the chief executive of Magnitude 7 Metals LLC, which owns the smelter – acknowledged the plant’s high pollution levels in an interview with Reuters. But he said the only guaranteed way to fix the problem – installing a wet scrubber filtration system – would easily cost more than $100 million, an expense the plant’s revenues will not support.

In a proposal that could directly impact New Madrid, Trump’s EPA announced in April it would reject a proposal from the agency’s scientific staff to tighten U.S. soot pollution standards. Health advocates claim the existing standards are too weak and are contributing to higher death rates during the coronavirus pandemic. New Madrid has recorded 15 cases of the disease and one death as of May 21, according to state and local authorities.

But in a county that ranks last or near the bottom in every quality of life and health standard, many people are willing to accept dirtier air in exchange for more jobs, according to interviews with two dozen residents there.

“People are worried about getting food on the table,” said Marvelle Cranford, pastor of Friendship Church of God in Christ in Howardville, a small, predominantly African-American community about 5 miles from the plant. “Morale is good when people are employed. It’s not good when they are not.”

The elevated sulfur dioxide levels in the the area are not on the radar of U.S. Congressman Jason Smith, a Republican whose district includes New Madrid County. “Our office has not heard anything about this issue from the community,” said Jonathon Matthews, a spokesman for the congressman.

The Magnitude 7 Metals facility and the power plant next door that supplies its electricity together emitted about 30,000 tons of sulfur dioxide and nitrogen oxide pollution in 2019, according to the EPA data.

While the power plant produces the bulk of the chemicals, the smelter’s shortest smokestacks – at about 50 feet – are one-sixteenth as tall, which means its pollution has an outsize impact at ground level.

Monitors stationed near the two facilities captured SO2 concentrations of at least 200 parts per billion (ppb) on 165 days in 2019, the first full year after its restart. That’s nearly triple the EPA’s standard for SO2 of 75 ppb.

This gave the area around the smelter the nation’s highest median EPA air quality index score at 131 for 2019. Anything over 100 is considered unhealthy. The next highest median AQI reading in the country last year was 80, in California’s San Bernardino County, where smoke from raging wildfires fouled the air.

So far this year, the plant’s pollution exceeded EPA standards 119 times through May 24th, according to preliminary data kept by the Missouri Department of Natural Resources. By contrast, readings in 2017 – the year the monitors were installed, and before the smelter restarted – were consistently less than 10 ppb.

In a sign the poor air quality may be harming local residents, death rates in the county from chronic obstructive pulmonary disease (COPD) are 87% higher than in the rest of the state, according to the Missouri Department of Health and Senior Services. Health studies cited by the EPA show that just a few minutes of exposure to SO2 at concentrations of 200 ppb can restrict the breathing of people with asthma.

The smelter polluted the air before the smelter’s bankruptcy, too, said Darcy Bybee, director of Missouri air pollution control program, but there were no air monitors to capture daily readings.

Bybee said people living outside the immediate perimeter of the two plants are breathing air that complies with federal standards, according to an evaluation by her program.

George DeLisle, coroner for New Madrid County, said the outcomes are likely exacerbated by poor behaviors like smoking. He did not comment on the impact of pollution from the plants.

Jayne Dees, administrator of the New Madrid County Health Department, said she cannot remember an instance when someone in the town raised a concern about pollution: “No one has ever brought it up.”

Construction of the smelter was completed in 1971, after Missouri’s governor at the time convinced Associated Electric Cooperative to build the coal-fired plant next door to provide power. The smelter historically has been Missouri’s largest user of electricity.

In 2014, the New Madrid smelter produced about 557 million pounds, or 253,000 tons, of primary aluminum, or about 15% of U.S. production, according to commodities consultancy CRU International Limited.

But the smelter’s parent company landed in bankruptcy in 2016, under heavy debt and facing a flood of cheaper metals from China.

But things haven’t worked out as planned, said Reali, the Magnitude 7 Metals executive. The price per ton has dropped to about $1,500 due to soft demand and high global stockpiles, about $1,000 below the plant’s business plan.

“We are in prayer mode,” Reali told Reuters.Because of the bad air, the EPA is expected to rule on a recommendation by Missouri regulators to designate the perimeter of the smelter and power plant as a “nonattainment” area under the 2010 National Ambient Air Quality Standards.

That means the zone will have to eventually have come into compliance with clean air standards. Associated Electric Cooperative Inc, which operates the coal plant for its owners, declined to comment for this story.

The Trump administration’s decision not to tighten soot standards could make it easier for Magnitude 7 Metals to comply with the EPA air standards. One way to do that would be to install a taller smokestack, according to Missouri DNR officials.

A decade ago, the former owner of the plant, Noranda Aluminum, proposed installing a new 233-foot tall smokestack to cast pollution farther away but never followed through.

Reali said such a job – with no guarantee of solving the plant’s pollution problems – would cost around $14 million these days and his business probably wouldn’t survive that financial hit.

“It was BS,” Reali said. “They proposed it just to make things go away.”