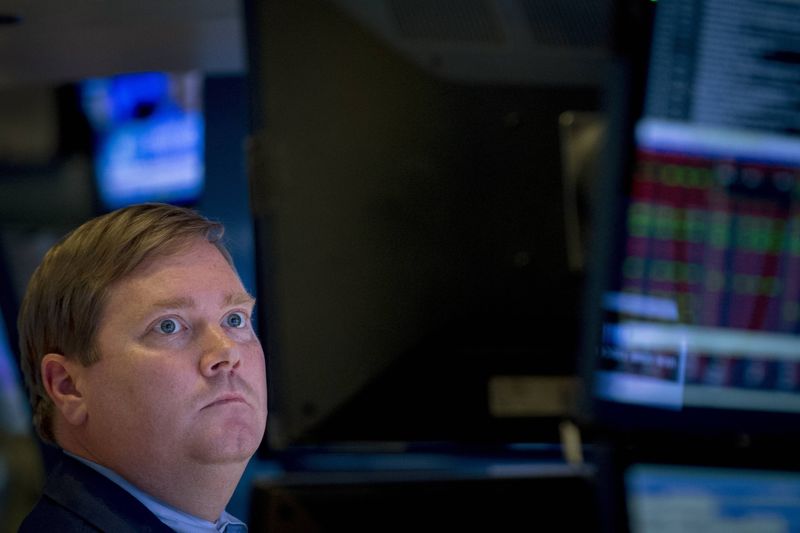 Investing.com – The Dow moved off session lows on Friday, but sentiment remained fragile as investors weighed up ongoing efforts to reopen the economy against rising U.S.-China trade tensions

U.S. and China trade tensions flared as the Trump administration raised concerns about China’s plan to impose a new security law in Hong Kong that threatens the autonomy of the city.

Pompeo’s statement echoed that of President Donald Trump, who a day earlier said the U.S. “will address that issue proposal very strongly.”

The rebuke of Beijing’s plans for Hong Kong added to ongoing fears that U.S.-Sino relations are likely to weaken further as Trump has continued to criticize China of its handling of the coronavirus pandemic.

Energy stocks led the broader decline as oil prices fell on fresh worries about crude demand after Chinese officials ditched the country’s economic growth target of 6% to 6.5% in the wake of the Covid-19 outbreak.

Halliburton (NYSE:HAL), Devon Energy (NYSE:DVN) and Baker Hughes (NYSE:BKR) were among some of the biggest decliners in energy.

On the earnings front, Deere (NYSE:DE) climbed 2% after its fiscal second-quarter results were better than feared and helped counter bearish guidance. The company warned that annual performance would be hurt by the pandemic.

Nvidia (NASDAQ:NVDA) was up 3% after reporting results and guidance that topped estimates, led by solid growth in its data center business.

Elsewhere, Roku (NASDAQ:ROKU) fell 5.5% after Stephens downgraded the stock to equal-weight from overweight on fears the shares have little fundamental backing to move markedly higher from current levels.