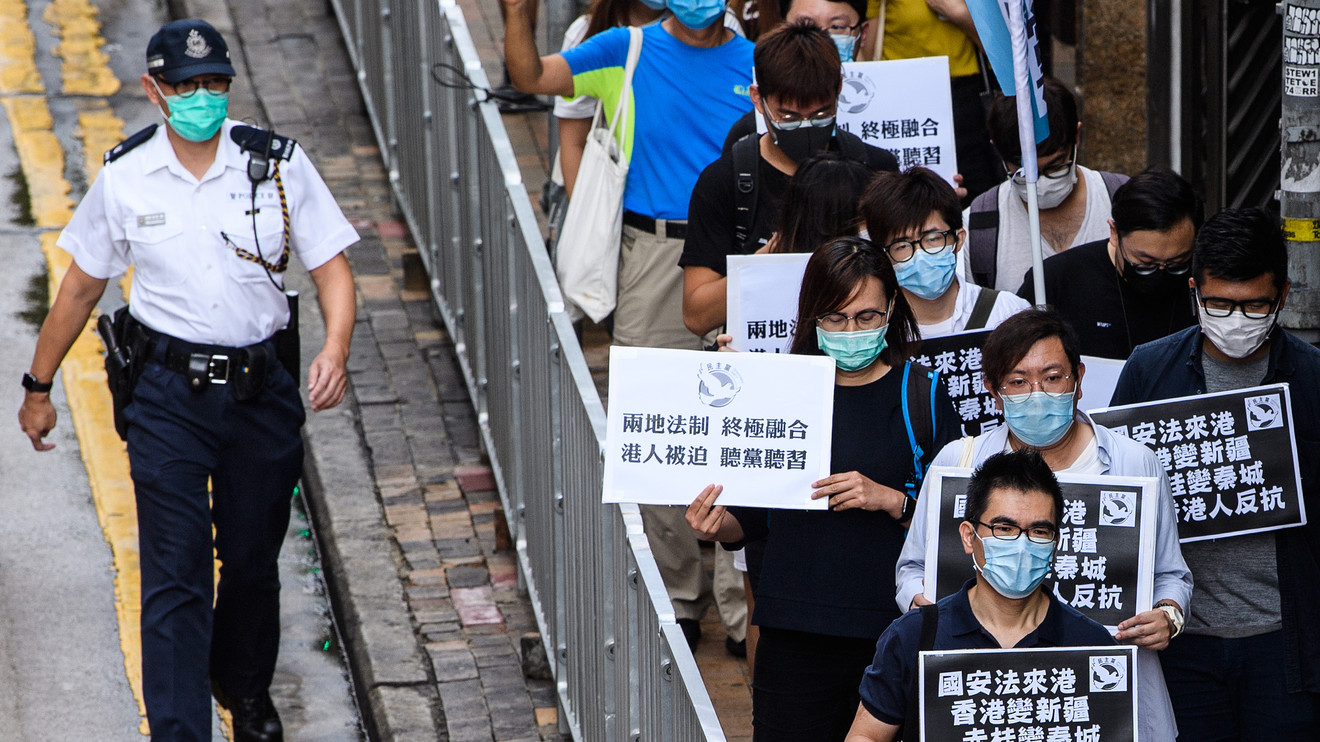 London stocks fell on Friday after a plan by Beijing to impose sweeping new restrictions on Hong Kong left a pair of big U.K. stocks with exposure to the region with bruising losses.

Shares of heavily weighted HSBC Holdings HSBC, -4.50% fell over 4%, and insurer Prudential PRU, -8.56% fell more than 8%, dragging down the FTSE 100, which was last off 0.2%. London stocks have in the past been sensitive to Hong Kong protests.

While the FTSE pared a bigger loss from the start of the session, it was underperforming a general recovery for European stocks that was under way by the afternoon. The FTSE 100 UKX, -0.54% was still set to gain 3.4% for the week. London markets will be closed for a holiday on Monday.

In Hong Kong, shares slid over 5% as China’s ruling Communist Party said it wanted to push through a national security law for Hong Kong, which would significantly cut into the territory’s autonomy. It comes after months of protests by pro-democracy demonstrators in the territory last year that got increasingly violent, though eased off amid the pandemic.

“Investors were also asking how the national security law in Hong Kong would affect U.S./China relations. The actions will stoke fears of another wave of protests in the country and cause unwanted disruption at a time when the region is trying to get back on its feet after the coronavirus crisis,” said Russ Mould, investment director at AJ Bell.

China also abandoned its growth target, owing to the economic damage from the coronavirus.

Utility shares were also hard-hit, with shares of United Utilities Group UU, -5.07% down over 6% reported market-beating underlying operating profit for fiscal 2020, but spoke of uncertainty regarding its next dividend policy.

“The company has already provisioned for bad debts, but the severe recession which is rapidly coming down the track could mean a larger number of customers cannot afford to pay their bills,” said Mould.

Burberry Group BRBY, +2.43% shares rose as the company reported a significant fall in pretax profit for fiscal 2020, but said sales in China and South Korea rose.

Elsewhere, U.K. British retail sales recorded their biggest monthly drop on record in April, while government borrowing ballooned due to the country’s lockdown aimed at stopping the spread of the new coronavirus.