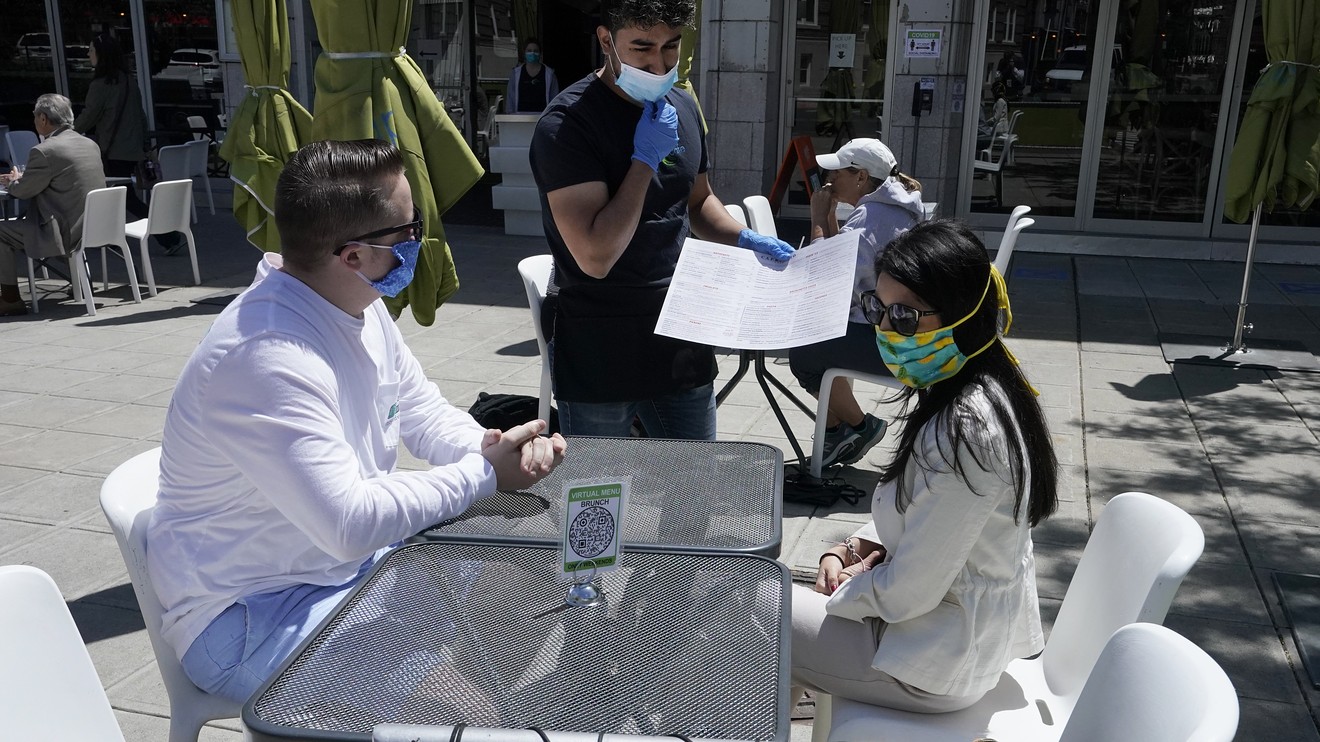 That disagreement is at the heart of what is likely to hold up another round of aid for the economy until mid-summer most likely, as the two sides dig in.

House Democrats passed another coronavirus bill last week estimated to cost more than $3 trillion. Senate Republicans are set to take the Memorial Day week off without having acted on the House bill or a new bill of their own.

Related:Next coronavirus aid package expected to become reality ‘in June at the earliest,’ as House passes its bill

Keith Hall, former Congressional Budget Office chief and chief economist for the White House Council of Economic Advisers under George W. Bush, compared the situation to running into a bear while hiking.

“The first thing you do is run. You run very quickly, and you shouldn’t be looking back. You should be trying to outrun the bear,” Hall said. “You may run blindly for a while, but at some point you need to start paying attention to where you’re going to be when you get rid of the bear.”

Democrats are considerably less convinced the bear is safely behind them. House Speaker Nancy Pelosi, a California Democrat, chastised Republicans for saying it was time to take a pause.

The two factors most likely to push lawmakers into action soon would be the expiration of an extra $600 a week recipients of jobless benefits are getting through the end of July or the exhaustion of funds for the Paycheck Protection Program. The add-on jobless benefit is a favorite of Democrats, who proposed extending it through the end of January, while the PPP has strong backing from Republicans, who were upset Democrats allowed it to lapse for a few days in April.

The PPP as of Tuesday had disbursed almost $513 billion of the approximately $670 billion in lending authority it has. The program was established in March to help small businesses hurt by the coronavirus crisis.

Overall, the bipartisan Committee for a Responsible Federal Budget on Thursday estimated only about $1.5 trillion of $3.6 trillion in legislated aid from four coronavirus response bills had been disbursed.

Doug Holtz-Eakin, another former CBO chief who now runs the conservative American Action Forum think tank, said there’s still remaining bullets in the fiscal policy chamber in the form of Fed lending that have yet to be used.

“I think one of the most important facts on the ground is that Congress moved quickly and boldly enough that the Treasury still has a half a trillion dollars that it has essentially not spent any of and that’s all the Fed lending facilities,” he said.

“There’s is no hard economic reason to do CARES 2,” Holtz-Eakin said, referring to the next relief package, which would come after the $2.2 trillion CARES Act. He said it had been designed to convince businesses to avoid layoffs and temporarily go dark.

“So that means the next piece of legislation has got to be incentives to do something — hire, grow. You can’t just re-up what you’ve done. You have to agree on what that looks like,” he said.

Hall, who headed the Bureau of Labor Statistics during the 2008-9 financial crisis, said he saw some reasons for optimism in the Labor Department data. Labor hoarding, where firms keep workers on the payroll even as demand dwindles, has been more pronounced in this downturn than in 2008, he said.

Employers want to hold on to their workers if they believe a downturn will be short and manageable, Hall said, knowing they can gain market share by being one of the earliest to re-open.

“We didn’t have much labor hoarding in the Great Recession. What it looks to me like is right now we’re having a lot of labor hoarding. Companies are really trying to hold on,” Hall said.

“The thing we don’t want to see is more of a disconnect between employers and employees.”

Holtz-Eakin said the downturn now is fundamentally different from the one in 2008 and 2009.

“There was an external shock to the economy. It was not something generated internally, as the financial crisis was. So the nature of the response shouldn’t be the same,” he said.