Analysts led by Devin McDermott downgraded the stock to a rare underweight rating from neutral. He kept his stock price target at $5, which is 15% below current levels.

For Morgan Stanley, an underweight rating expresses the analyst’s belief that the stock’s return over the next 12 to 18 months will be below the average return of its peers. Of the 3,204 stocks covered by Morgan Stanley analysts, only 553, or 17%, are rated underweight, compared with 45% at equal weight and 38% at overweight.

“While the company is taking the right steps to preserve liquidity in response to low oil prices, [Marathon Oil] screens challenged versus peers with a 2021 [West Texas Intermediate] break-even of $37 a barrel (in the upper half of our coverage), and year-end 2021 leverage that rises to 4.5X at strip, above the peer median of approximately 2X,” McDermott wrote in a note to clients. 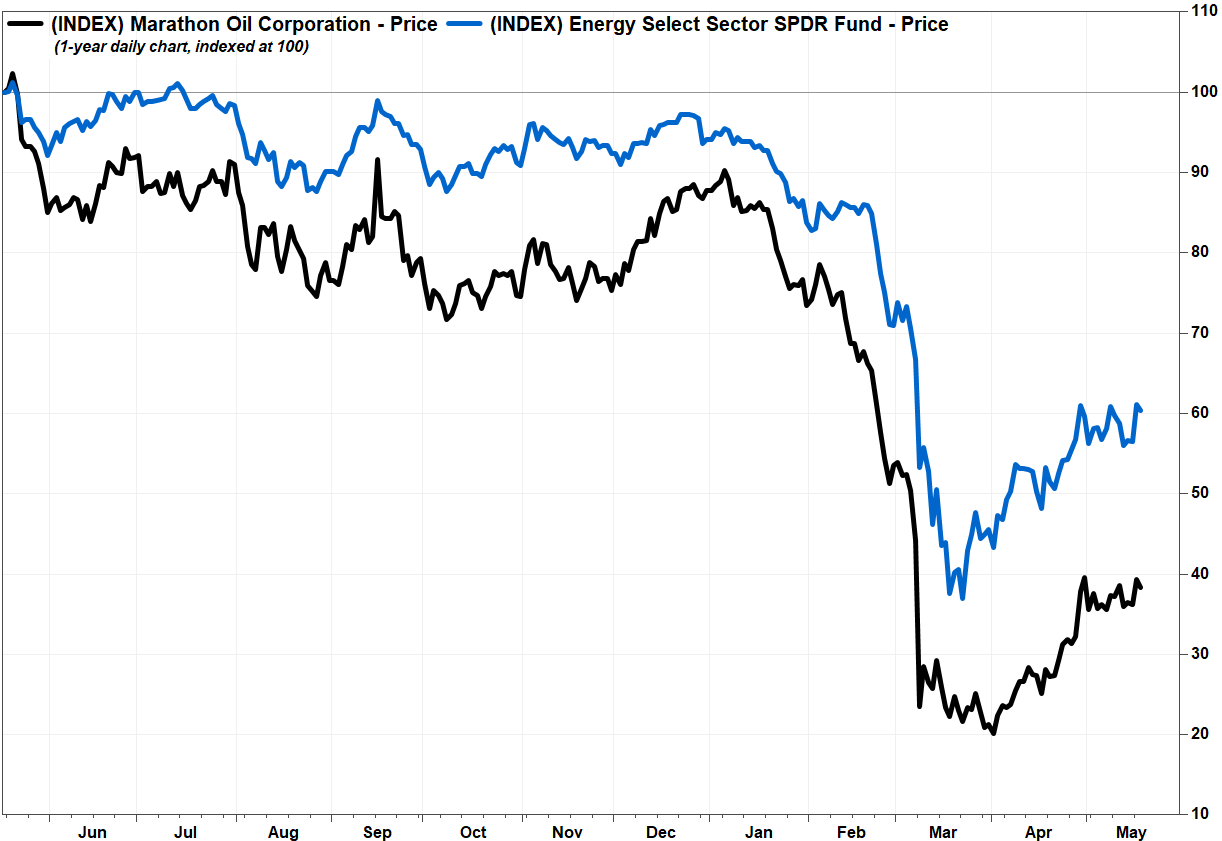 Meanwhile, continuous crude-oil futures for WTI CL00, -0.28% slipped 0.1% to $31.62 on Tuesday, and were down 48% this year amid concerns over a supply glut and lower demand as a result of th COVID-19 pandemic. See Futures Movers.

Earlier this month, Marathon Oil reported an adjusted first-quarter loss that matched expectations while revenue rose above forecasts. But the company withdrew its full-year financial guidance, citing uncertainties over the effects of the COVID-19 pandemic, and nearly halved its capital spending budget for the year to $1.3 billion. The company has also suspended payment of a dividend and share repurchases.

Since Moody’s rates Marathon Oil’s credit at Baa3, which is the lowest investment grade rating, a downgrade would put the rating into speculative grade, or “junk” territory.

S&P Global Ratings has rated Marathon Oil’s credit at BBB-, also the firm’s lowest investment grade rating, with a negative outlook since it downgraded the credit from BBB on March 26.